The true mastermind behind the strangeness in Jenn’s life, including the Blue File, stands revealed!

Retcons are interesting, weird things. While the term wasn’t coined in comics, comics DO mark the first time the word entered into popular use, an abbreviation of “retroactive continuity” and they’ve had a tumultuous relationship with the medium ever since. Often used to erase mistakes or update characters, they can also frequently be misused when they aren’t considered carefully. Charles Soule has clearly been considering this one just about from the outset of this series, and it shows in a way that actually makes the reader care about a self-avowed D-list hero. The issue opens in that nebulous time of “years ago” where the current Avengers roster is set to take on a horde of demons menacing a small town. Things take a turn for the strange, however, when everyone is engulfed in a flash of light and the heroes now think Nightwatch, the man leading the ritual, is one of them and always has been. Back in the present, things are going to have to be reckoned with. Soule spends a lot of this issue ruminating on the nature of heroism as well as utilitarianism: Nightwatch admits that hundreds died to fuel his illusion, but he’s saved many more than that with his work after becoming a “hero,” so do not the ends justify the means? We even get a surprise appearance from a very, very unlikely savior and a mystery or two still entirely too tantalizing to leave unsolved, though that may have to be the case.

Javier Pulido, credited as a storyteller, brings his trademark, ever-polarizing look to this final issue, and it still looks absolutely fantastic. This issue dials way back on the surrealism in favor of some absolutely gargantuan moments, in particular a two-page spread near the end of the issue, and it brings a sense of massive scale to an otherwise intimate book. It’s not easy to use negative space like Pulido does, it can often come off as lazy, but with his style it looks absolutely fantastic. Muntsa Vicente’s colors are, as always, a delight to see and reflect the old school tone of the book while always remaining comfortably modern in their depth and complexity.

This issue, by nature of being the final one, feels extremely rushed. While it lends a great deal of frantic energy to the battle, it also means there’s a ton of dialog, at times a downright info-dump, breaking the pace of what should be a much faster-moving affair. It also means that a lot of the big reveals and wrestling with implications and emotions are rushed through, and there’s still a gargantuan question that’s been unanswered since the very first issue.

The issue’s pacing troubles may be the fault of the title ending, but they’re impossible to overlook entirely. However, they also are far from ruining a solid, satisfying final issue in what was a very daring, and all too brief series. There’s a massive shake-up on the horizon, and it’d be great to see this one make a comeback, but until then this is as good of an ending as one could hope for to a great run for an underappreciated character. 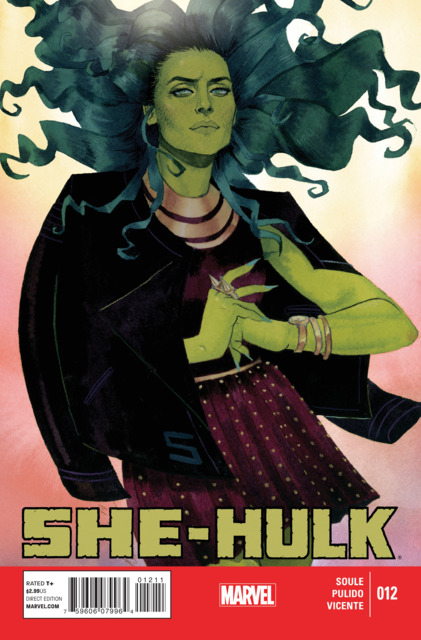