What does Kraven the Hunter have in store for Kaine and what has driven him to create this elaborate trap?

Kaine's been dealt a pretty bad hand and matters seem to keep getting worse and worse for the poor dude. His confidence has had more ups and downs than a roller coaster. One minute he strives to be a hero and the next he thinks he's rubbish . This game of juggle with his emotions has basically been building up to the challenge he's currently facing with Kraven the Hunter and co-writers Christopher Yost and Erik Burnham are definitely making full use of that.

Now more than ever his morals are being tested and Yost and Burnham present this in an incredibly powerful scene. Sure, the outcome is predictable, but it's very well-executed, nonetheless. This entire moment is boosted by a rather awesome action scene which let's you really appreciate how Kaine's anger grows and grows. I was somewhat shocked to see the character doing so well against Kaine, but he later drops a remark which makes it more than clear he's the superior one in the fight. This series of attacks on him makes what comes next all the more impressive and is a hugely satisfying moment for the character.

As a major Kraven fan, it's great to see Yost and Burnham are fleshing out a story which follows-up a great tale and does so in an organic fashion. Sergei's motivation and how he's executing his plan makes perfect sense and if Kaine's book is going to come to an end, it's great to see he's leaving on a note that'll truly put his mentality and ability to be a hero to the test. With the way everything is set up, there's really no telling who's going to walk away from this one.

The visuals in the opening scene and the fight with Ana were gorgeous and totally engrossing. The coloring of Kaine's outfit and the grim scenario were fantastic, absolutely giving everything more depth and making it feel more dynamic. The slashes, punches and attacks thrown in the core fight had an excellent sense of motion and force behind them, too.

The last cliffhanger had me stoked. A rooftop fight between Scarlet Spider and Kraven during a thunderstorm? OH, YES! Unfortunately, we fast-forward and it's revealed Kraven beat Scarlet Spider -- but not how (I'll have to assume poisons). Not only did he beat Kaine, but he apparently did so with ease, too (or so he claims). I get the point is playing hero has made Kaine "weaker," but I can't help but disagree with this outcome -- especially when it had Kaine with a "kill or be killed" mentality.

As someone who's passionate about both characters, this issue hurt the story's pacing for me. A moderate chunk shifts gears to focus on Kraven's back story and recap the very awesome 'Grim Hunt.' If you haven't really kept track of Kraven's history, then this will of course help further immerse you in the story and understand his motivation. But for me, it just felt like spelling out the obvious. I understand why it has to be done, but unfortunately these moments felt redundant to me.

The issue started off looking truly great, but then we're hit with several art changes and, truth be told, I thought they were really jarring and it took away from the initial challenge thrown Kaine's way. Lastly, I have one super minor gripe: in 'Kraven's Last Hunt,' Sergei put the gun in his mouth, not against his head.

Honestly, I read this issue three times and have been really debating between giving it 3 or 4 stars. The art changing is jarring and, to me, a decent amount of this issue was just spelling out the expected. However, seeing as there were two scenes I really loved and I can't wait for more, I have no problem boosting this issue to 4 stars.

Anyhow, regardless of how you feel about the chunk of this issue, the cliffhanger is sure to leave you quite anxious to pick up the next chapter. If Kraven's going to die (again), hopefully he goes out in one helluva fight! 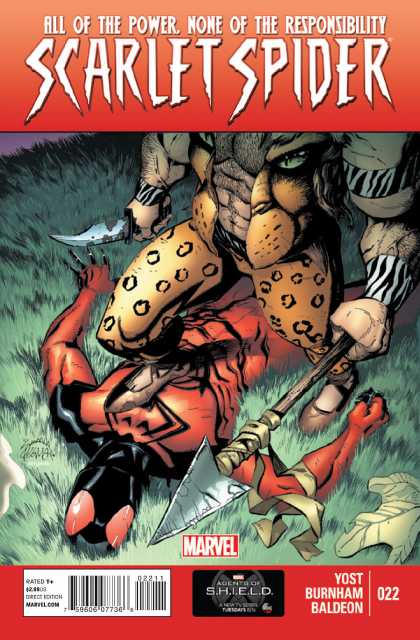