Aku plans to defeat Samurai Jack by destroying his mind!

Writer Jim Zub has created what is without question the funniest issue yet of IDW's latest volume of SAMURAI JACK. We all know Jack's a brilliant warrior, but is his mind just as sharp as his blade? Can Aku destroy the man Jack has become by stripping him of his memories? In the end, it's a pretty simple yet effective message, but what makes this issue truly standout is just how funny and cleverly it's all presented.

Having Aku go from memory to memory forces Zub to find new and creative ways for the villain to mess with Jack's mind. It's so delightfully over-the-top and I found myself laughing out loud on at least two occasions. This standalone story is a real joy and, while it may be mostly fun and games, it does ultimately give the lead hero a little more depth. How does he stand tall against this foe when he's stripped of his memories? Well, you'll just have to read it to see the reasoning! As said above, it's a relatively simple message, yet it still manages to come off as a tad inspiring. It's nice to see such a nice balance between character and levity and the amusement never ends. From Aku's absurd monologue to the ways he rips apart Jack's memories, this issue's full of smile-inducing scenes. There's a whole lot of joy to experience in this one.

Artist Andy Kuhn and colorist Josh Burcham sell the comedy incredibly well. Whether it's young Jack being brought to life in a ridiculously adorable manner or Aku shape-shifting into something quite silly in a memory, the panels duplicate the show's signature look and do a terrific job bringing us into this totally wacky and hilarious adventure. As stated above, the dialogue and visuals most definitely had me laughing.

As pleasing, funny and lighthearted as this issue may be, it's also a very quick read. It felt like I breezed right through it and was left wanting to see more of this specific tale. The creativity was off the charts, but it seems like it was over too soon and that's likely due to several pages having a small amount of panels and, I believe, there were 3-4 splash pages. Some were totally effective, but the first one -- as amusing as it may be -- could have made room for a little more content. Considering the $3.99 cover price, this may leave some feeling like it's an animated short as opposed to a more concise version of an episode.

SAMURAI JACK #10 is a huge dose of fun. It hits us with a consistent flow of sharp and purposely over-the-top comedy that kept me smiling and occasionally bursting into laughter. It's a thoroughly satisfying read that keeps us entertained and having a total blast while also showing us make what it is that Jack so special (you know, besides for his skills with a sword!). The only complaint is it feels like a ridiculously quick read, but despite that, this is still still massively recommended to fans of the show. 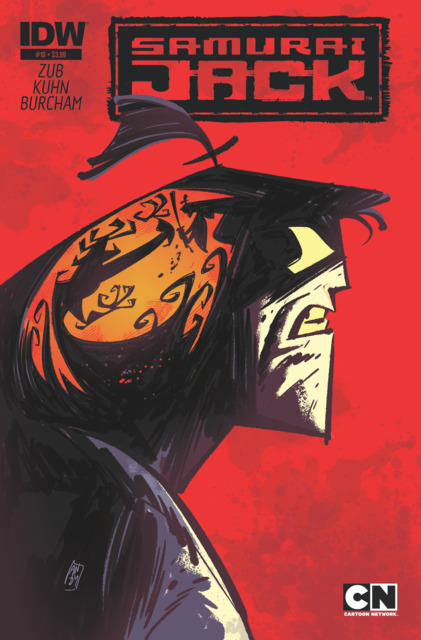