Witness Darkseid's new origin and see why he traveled to Earth back in JUSTICE LEAGUE's first storyline.

Writer Greg Pak's tale is engrossing right from the first page and it just gets more and more fascinating from there. Yes, there's some big -- and I do mean big -- changes to Uxas' history, but this is called the new 52 for a reason, yes? It leaves some questions about where and how some characters could come into play (if at all), but this is all vastly outweighed by the quality of Pak's story and how it never loses steam. Not to mention it makes his history more simplistic, too (or at least I think so).

Pak also manages to give this issue an organic connection to his brand new BATMAN/SUPERMAN title. What's great is it doesn't feel like it's primarily there to serve as a reminder to check out his other book (though it does conclude with that suggestion and it'll make you want to follow-up). Instead, it's a brilliant link to Darkseid's history and does a grand job adding a nice twist to Geoff Johns and Jim Lee's opening JUSTICE LEAGUE story arc.

Visually, this is an excellent issue as well. Despite having two artists (and Hi-Fi coloring) there's never a jarring transition and the team does a solid job throwing us into Pak's engaging chapter. There's some pages loaded with spectacle and the coloring is beyond vivid at times -- most notably when the Gods clash with one another. It's an explosion of contrasting colors and it looks great.

Like I said, there's some significant changes to the Dread Lord of Apokolips' history, but that doesn't bug me at all.

When it comes to fantasy, wonder and escapism, Greg Pak rules (see 'Planet Hulk' if you require more evidence). DC has tasked the writer with providing an all-new origin for Darkseid in The New 52 and, let me tell you, he definitely nailed it. He does a thorough job creating an absorbing story and makes the character every bit as formidable as he should be. This is without question a must read if you consider yourself a fan of Darkseid, and if not, it absolutely has the potential to turn you into one. 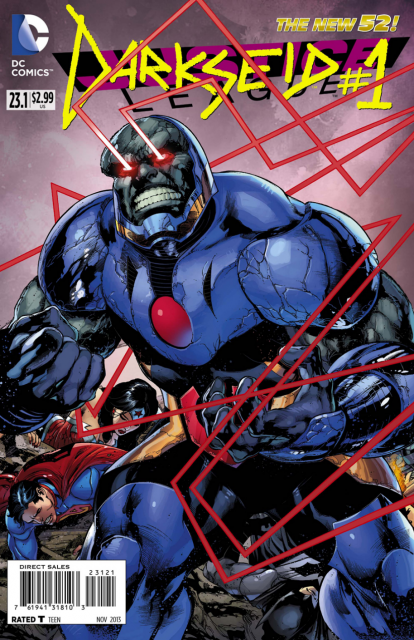