The Trial of Jean Gray is more like the Riot of Jean Gray, but is there any containing the chaos at this point?

This issue has some of the best character moments, bar none, that have happened in this entire arc. It’s been a very action-packed arc with the only real downtime being between teams that are already well-established with each other but at the end of this one, we get to see things like Drax chatting up X-23 about her defensive blades, Kitty Pryde and Peter Quill share a tender moment and Iceman the Younger continuously trying to flirt with Gamora and it feels great. Groot and Rocket make some new friends in the best way possible. Before that point, we get to see Jean Grey unleash a power completely different from any other she’d displayed before, and that includes her later life. The question is whether or not that’s enough to convince Gladiator and the Shi’Ar to back off, but beyond that it sets up some very major questions that need answering.

Sara Pichelli has been an absolute dynamo on this title in every issue she’s drawn and now she’s joined by Dave Marquez as both do linework and I honestly can’t tell where the transition happens to the point that I feel like I COULD guess, but I honestly don’t think I’d catch them all. Transitioning artists has often been the bane of comics, even when both are extremely good, it can create a feeling of dissonance but not only is that not present here, I literally can’t tell where one picks up from the other as the characters’ expressions are all incredibly soulful and beautiful, the action scenes are kinetic and frantically paced without becoming a mess or confusing, and the colors, by Justin Ponsor, soar off the page. We get a lot of bright and a lot of dark, but the tone itself is always very chipper and hopeful. This book is absolutely gorgeous.

We’re never given that explanation we were all expecting of why, exactly, Gladiator wanted this so badly. It’s not JUST “he’s Gladiator, it’s what he does,” that could’ve been easily explained away by a conversation and there were definite dialog and artistic choices that implied something more was going on than met the eye. In this same vein, the battle itself just sort of “ends.” For as exciting as it is, it just kind of halts when something very specific happens and both sides just sort of agree that enough is enough. We also see the start of the Cyclops solo series which, sadly, means the end to the budding relationship between he and X-23, which was one of the potentially strangest ones in the Marvel U now put either on the back-burner or halted altogether.

I enjoyed this ending, flaws and all. It opens some new, very interesting paths, it begins a few new dynamics, and most of all: it is a ton of fun to read. The art is spectacular and lends a great emotional depth to a comic that could have, very easily, been all sizzle and no steak. There’s a little more setup than I normally like at the end of a major story arc, but it’s easily outweighed by how much closure is ultimately achieved, even if we don’t get it on EVERY detail. There’s still a lot of story to be told for both these teams, and I’m anxious to see what happens now that they’re back to their own devices. 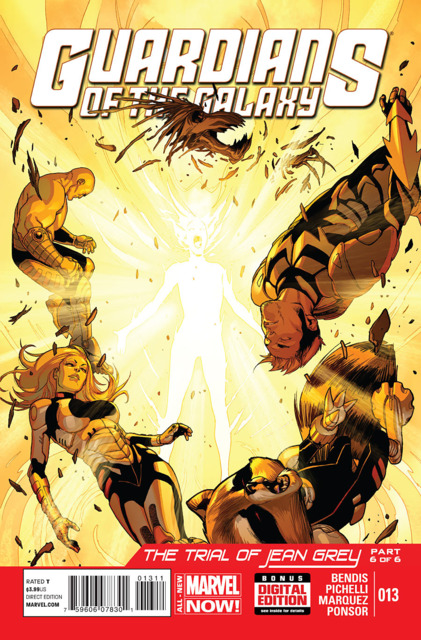