How will Chas Worthington deal with the United States Navy parked in his front yard?

There was a point where the pacing of this story had slowed down a bit, but at the end of issue #5 things had finally started to come to a head. Chas Worthington wasn't just dealing with one big problem, but multiple people who wanted to take what he had claimed to be his. Now, things have seemingly gotten a whole lot more serious, and at the same time, a whole lot clearer.

Issue #6 of GREAT PACIFIC is the finale of the first arc in this series, and it is also where the majority of the action is. Although this entire time we've seen Chas as something of the victim (for at least the last 3 issues), in this issue he's painted to be the smartest guy in (or out) of the board room. It is here that we see Chas has been thinking at least one or two steps ahead of the game, and his plans finally come into fruition on the last pages of this issue. This is a great depiction of an intelligent character, even if it did feel unbelievable at times (but I will get into that later).

The great thing I loved about this story was the fact that there are a lot of loose ends that are tied, but that the writer left a few doors open for conflict: not everything is hunk-dorey by the end of the issue and conflicts are certainly bound to resurface.

The issue is well organized and features some very pretty art, which was great. I am definitely looking forward to seeing where the creative team takes Chas's story in issue #7 and beyond.

My only real complaint is that things seemed to align a bit too well. For a while there was something about this series that made it feel really grounded, but this issue sort of fails to give readers that impression. Instead, there are a variety of really rather unbelievable events that all lead up to a plan Chas seemed to have all along. As a story, that's great. I am glad to see the main protagonist get his way, but ending so much of his problems in issue #6 gives the perception that perhaps things were just too easy. Things went a little too well for Chas. Because of this, I ended this issue having enjoyed it, but also feeling a little bit dissatisfied.

If one thing is certain about this series it is that it has some real unbelievable elements. The story lagged a little bit in previous issues (although it was still great), and closed a lot of loose ends in this issue. The creative team does a good job writing a story that is well presented and organized: I definitely got the sense that I did not see coming what was coming, and that's a good thing. This was not at all predictable, and really, who wants a predictable story? My only complaint is that as a result of this issue and things just going really smoothly, it taints the story as being a lot less grounded in reality. Things in life just simply don't go this perfectly, so there was something about that which left me a little bit unsatisfied. As far as the story and structure in this issue, however? Everything is fantastic. The pacing is fast so it is guaranteed to keep readers interested and at the edge of their seat, itching to turn over the next page. The art is, once again, really well executed and compliments the story very well. I also appreciated the fact that the story left a door open for some conflict which I personally found to be pretty important and necessary to keep readers interested in Chas and his series. 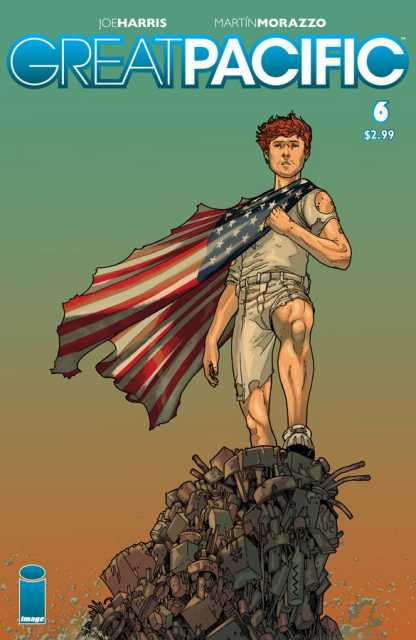