Can anything stop Superman and the Hunger Dogs of Apokolips?

Nicola and Trevor Scott are BACK! The art in this issue gets back to that beautiful, smoothly detailed look that helped make it famous, and I couldn’t be happier. I always feel weird celebrating the return of an artist to a book because I don’t mean to impugn the person who came before them, necessarily, but when it’s two creators that were so completely instrumental in determining the tone and look of a story, it just feels better having them back on it. And Pete Pantazis on colors absolutely kills it as always, lending a feel of savage brutality and incredible detail to the ongoing conquest led by Superman. There’s something very surreal and wonderful about the soft visuals being used to illustrate such viciousness.

Tom Taylor continues his story, finally answering the question of what would happen if Superman weren’t held back by his tremendous sense of morality and love for life, and the results are as catastrophic as you’d expect. After playing the world’s most violent game of “Quit Hitting Yourself!” with the Atom, Supes sets his sights on those who would dare escape his wrath all while the last remaining holdouts, one the commanders of the World Army, another a small group of literal underground heroes, try to plan something, ANYthing that can stop the mad Kryptonian. Taylor captures the desperation of the situation extremely well, writing everyone as if they’re on their third pot of coffee and haven’t slept in 72 hours. They’re all clearly reaching the ends of their ropes and they’re ready to try nearly anything and that attitude pervades the entire book and almost all of the characters who aren’t on the side of Apokolips. There’s also a great moment when we see people under mind control who still have their personalities intact. That’s not something often seen, and is a fair bit of fun amidst the doom.

First off: this cover is complete nonsense. Dr. Fate appears in exactly two panels, and while we get more insight into what he’s been screaming, it’s hardly enough to put on the cover, even if we DO get to sneak Batman’s shadow into it. This issue also begins, apparently, an entirely new arc as it’s dubbed “the Kryptonian” and while we’ve only really been here for five issues (plus one annual), this story is beginning to feel too gloomy for its own good. There has, so far, been absolutely zero push and pull, it has been Superman pushing 100% of the time with literally no blowback. Sure, we got to see some parademons get killed last issue, but it’s beginning to feel nihilistic to read this title.

The story is a solid one, and I’m absolutely invested in seeing how it all plays out, but there’s little of the wit and gentle whimsy that made the book so readable in spite of its often grim subject matter, and I know Tom Taylor is capable of writing that kind of stuff. Injustice has some AMAZINGLY humorous scenes, but this issue continues the trend of absolute, violent sorrow. When things turn around, and they inevitably will, it’s going to feel mighty unsatisfying if the “good guys” turn it around so quickly after being pushed so far off the brink, unless they start getting one or two little wins here and there. There’s also something involving a “space ark” that houses the wealthiest and most powerful of the world that, of course, doesn’t work. I get that it’s a desperation move, but I really had to ask “THIS was your grand design? A giant spaceship protected by fighter jets???” It’s also used for some fairly ham-fisted symbolism.

This is still a title that I’m invested in and one that I want to see through to its end, I just wish that end were approach was a little more balanced. Obviously, no one can stop Supes or there's no storyline, but seeing someone slow him down would be a nice change of pace. I’m hoping this arc is either a brief one or introduces SOMEthing new, because another issue of Superman annihilating random things and everyone talking about how they need to stop him from annihilating more things may be more than I can take. 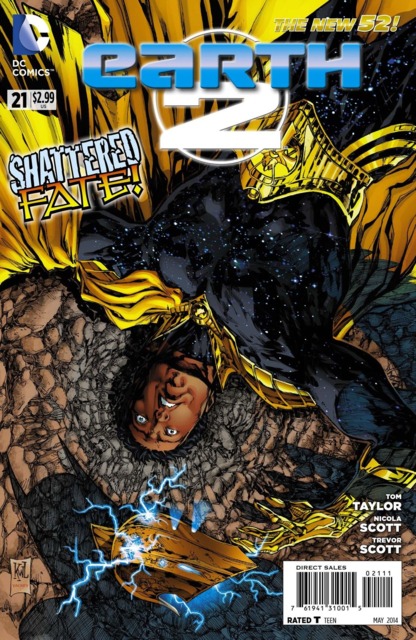