The Merc with a Mouth gets his own film, and by golly, it's dirty.

In Deadpool, thug-for-hire Wade Wilson develops cancer and undergoes a treatment to get super-powers, which will also cure the cancer inside of his as well. The treatment gives him healing powers, at the cost of his face, and he goes on a mission to get back his girlfriend, Vanessa and destroy the man who ruined his face, Francis. Insanity ensues.

This is the raunchiest comic book film from either the Marvel or DC camp yet, yes more than Punisher: War Zone or the Blade films, all of which were also Rated R. Frankly, it was a bit of a shock to see a movie with so much swearing, violence, and sex. Did that take away from the overall film? Not at all. In fact, it's something that really set it apart from the rest of the superhero films we've seen in the past few years. This is a character that doesn't hold back, and it shows, as he has no problem killing people around him nor keeping track of how many people he's killed.

This movie battles with the idea of "what is a superhero" and the morality of superheroes. This isn't something the audience will notice until Colossus and Negasonic Teenage Warhead enter the picture. Colossus is a typical hero and embodies everything the X-Men stand for. He sees good within Deadpool, and this is the point where the audience is challenged with the "what is a superhero" question. Deadpool isn't out saving the world. He's out hunting the man the scarred him, and he has no boundaries.

Ryan Reynolds as Deadpool is a perfect fit. There's no other way to describe it. He dominates the role and it truly feels like Wade Wilson has come straight from the comic pages and onto the screen, minus the yellow caption boxes. They don't exist here. While X-Men Origins: Wolverine was utterly unfamiliar with the concept of Deadpool and did its own thing, Deadpool embraces almost everything about the character, and all-in-all, Reynold's performance gives this character heart and there's an emotional complexity to him, believe it or not.

Here's where the movie slips a bit. Structurally, it's a bit of a mess. It's a mishmash of two different stories with Deadpool leading the way. The first story is who Wade Wilson became Deadpool, which is randomly intercut between the present day story of Deadpool hunting down Francis AKA Ajax. It feels randomly spliced together, with transitions from the narration, as the movie trots along. At times, it becomes a bit frustrating as the audience starts getting really into one story and it jumps back to the other.

However, the glue that's holding all of this together is truly the dialogue. The back and forth between Wade and Vanessa, played by Morena Baccarin, is fantastic. It's quick and snappy, and when we first meet Vanessa, she's the perfect fit for Wade because as he puts it "your kind of crazy matches my kind of crazy." The relationship between them, while sometimes bizarre, actually makes this a romance to the point where I felt like the viral marketing for the film, saying this is the perfect Valentine's Day film, isn't too far off. Unfortunately, aside from these scenes in the past, Vanessa becomes pretty flat in the second half of the film. Her character just doesn't fit the later parts of the film because this is more of a story about Wade. However, together, this team was wonderful.

Colossus was great in the film but looked really weird. It wasn't his design or look though. The CG just seemed weird and out of place in the film. It just looked like he didn't fit in with everything else, which felt a bit more grounded. Strangely enough, Negasonic Teenage Warhead, although she didn't say much, was fantastic. Brianna Hildebrand played a moody teenager well and Deadpool played off of that, making fun of her quite a bit. It was surprisingly a great addition to the film.

The movie is incredibly funny, and there are tons of moments that poke fun at Ryan Reynolds and his past movie choices. Some of the jokes may be a bit too much for some people, but that's the beauty of humor, it's subjective. Be prepared for some "blue" humor because that's what this movie delivers, and it delivers it extremely well. Wade breaks the fourth wall quite a bit, but for the most part, it really works, especially when he discusses the fact he's in a movie and that the studio couldn't afford some things. This is the Deadpool fans deserve.

Fans of the Deadpool comics will have a lot of Easter Eggs. There was actually a lot of things that have not been revealed that appeared in the film. The best part is that they're done in such a way that it won't distract the average movie-goer. It's like a nice little wink and a nod to fans. We get things like TJ Miller as Weasel, who isn't on screen too much, but it's a nice addition to the cast. Then, there are a few other things which I'm dying to talk about, but it's better if you check it out for yourself so you can be surprised.

Deadpool was a character I just wasn't sure was going to work on the big screen. While there were some flaws with the structure of the film and some characters falling flat in the final act, to make way for other characters, Deadpool was a really fun film. This is a great way to start off the year, as far as comic book movies go. It's funny, insane, full of action and violence, and a part of me is glad fans have an adult comic book to watch, since everything else seems a bit watered down for mass audiences. It's not perfect, but it's something that fans and regular folks everywhere will love.

Is there a post-credit sequence?

Yes. It's all the way at the end of the credits. It's well worth the wait. Spoilers below.

Deadpool comes out in a bathrobe and makes fun of the audience for still being in the theater and announced Deadpool 2 and says that Cable will be in it. He then makes jokes about how would play the character.

What did you think of the film? Please black out spoilers in the comment section for those who haven't seen it. 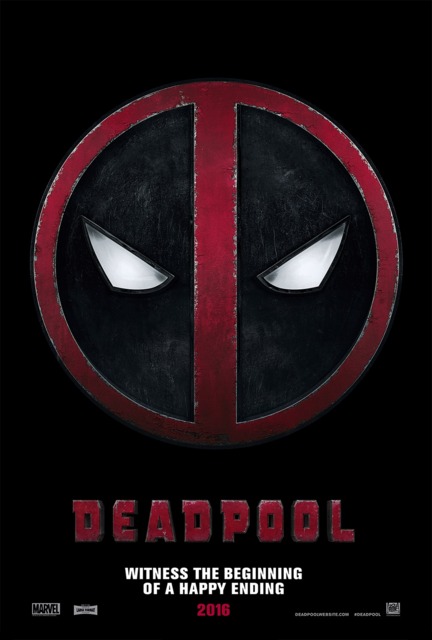