What can you do if you're a kid and dead? Become a detective. If you've read SANDMAN or CHILDREN'S CRUSADE (back in the day), you know who these kids are. Read this comic.

Who are the Dead Boy Detectives? Having first appeared back in SANDMAN #25, these are two kids who died at a boarding school (at different periods). Having managed to avoid being taken away be Death, Charles Rowland and Edwin Paine have become detectives.

This issue is completely new reader friendly, despite the fact that these characters were first introduced in 1991. We are thrown into the issue but everything you need to know is explained. We are introduced to characters that will take part in this story and see more of the boys' backstory. Long time readers will love where this story is headed and new readers will be captivated by the allure of the coming mystery.

The easiest way to describe this is it simple feels like a Vertigo story.

The story is by Toby Litt and Mark Buckingham. Besides the intriguing story, Buckingham's art makes me want to take a deep breath and take it all in. There's just something about his style along with Lee Loughridge's colors. Fans of FABLES will know what to expect.

No complaints. This is probably my favorite book this week.

How many times have you wished you were able to catch the first issue of a new great series? DEAD BOY DETECTIVES takes the characters created by Neil Gaiman and brings them back in their own series. Comics published by Vertigo tend to have a certain high level in terms of quality and this one continues the tradition. Toby Litt and Mark Buckingham do a great job setting up the story and introducing the characters to new readers. Buckingham and Lee Loughridge's art and colors will blow you away. Don't miss out on this comic. 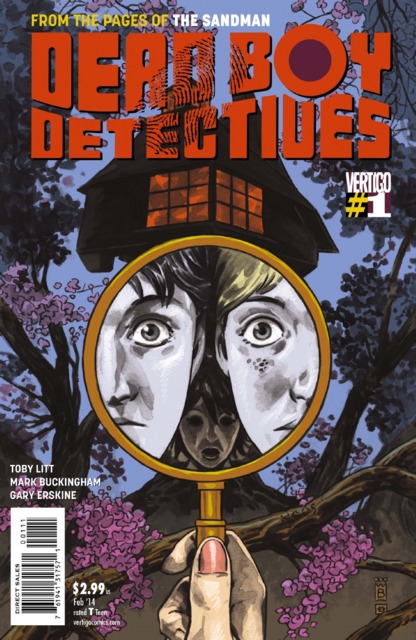