Murdock was already in over his horns with both the Owl and the Shroud, and that was before the ground literally opened up to swallow him.

I mentioned in my last review that I felt it was fairly early for the Owl to be getting an even grittier reimagining so soon after Bendis and Maleev did the exact same thing with the character, but after this issue that specific notion seems to have been an intentional, and delightful, misdirect on the part of Mark Waid. I now have no idea what the future of the character will be, but I can’t wait to see how he factors into future issues. Waid does a fantastic job of filling out his corner of the Marvel Universe, integrating the bizarre and the supernatural into the kind of everyday chatter that a world like this would be filled with. Two security guards talking about seeing Nova on The Colbert Report might not be a huge detail, but it’s one of many that makes the world feel like it goes on outside of whatever panel the story is actually focused on.

Chris Samnee, who is credited alongside Waid as "storyteller," is doing some of his best work in this action-heavy issue. From Daredevil’s evasion of Owl’s thugs to his knockdown slugfest near the issue’s end, the action is controlled and easy to follow, but possesses tremendous impact and a great sense of the illusion of motion. All the characters are amazingly realized whether in motion or at rest, and even the scene of Kirsten McDuffie filling Matt in on the Owl’s likely target, while not exactly action-packed, is well staged and blocked so that the viewer doesn’t get bored. It’s also in this scene that Javier Rodriguez displays his skill as a colorist as it’s gorgeously bright and shining (I appreciate when people acknowledge that San Francisco DOES have more weather than just “foggy,” no pun intended) but when darkness falls, the palette becomes appropriately dour and sinister.

The pace of this issue moves at a breakneck speed and feels like it could have been easily stretched into another one, particularly as the Owl’s scheme seems half-baked at best. Also, and this didn’t affect the score, the solicitation claims we’ll learn more about Foggy’s fate in this issue and that absolutely does not happen as the character doesn’t even appear, in flashback or otherwise.

I’ll never complain TOO loudly about getting too much plot this quickly when it’s written and drawn THIS well, if anything I just want more of it. That’s a good complaint for a book to receive, though, and this one continues its incredibly consistent quality. The worldbuilding Waid is doing is subtle enough that one would barely notice it, but it creates a subconscious idea of greater things beyond the central story, making his world feel populated and diverse. The art makes the world worth looking at and following every single step of the way as well. 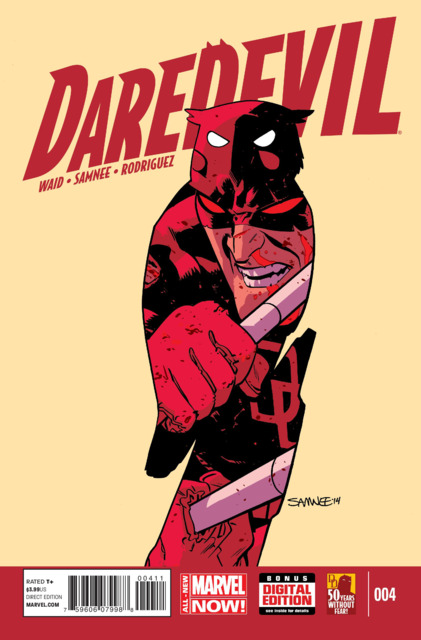