The clones have to make their way to the island, but first, they have to deal Vice President Davis first.

Things get a little nuts here in this issue, but before everything goes up poop creek without a paddle, Amelia learns, from Gamma, that she can't come along to the island with the rest of the clones because that's not part of the final deal. Amelia is a character who is extremely strong and tough and has endured quite a bit since this series began. While she's not supposed to come along for the ride, she's pretty determined to find a way to stay with her husband, Luke, no matter what.

While this is the end of this particular art, the writing team of David Schulner, Aaron Ginsberg, and Wade McIntyre do a phenomenal job at setting up the next arc and closing out the previous. This book truly feels episodic and hopefully, it makes it to the small screen. Writing wise, everything about this series is a delight, from the characters, to the story, to the dialogue. This is one of the many reasons this is a top book at Image for me.

Vice President Davis has his greasy face appear in this book, once again. (I'm not sure if his face is greasy or not, but I do really hate him) He's a fantastic antagonist, which I much rather prefer over the nameless and faceless mobs of American people who are against cloning. Davis is the perfect mixture of a lot of power with a little bit of insanity and a whole lot of irrational fear. This is the issue where Davis losing it and is willing to risk even his own career to stop this clone "invasion."

Guess who gives us another AMAZING month of highly detailed art that looks simply brilliant? Juan Jose Ryp is pure magic on this book. While his art during the conversational scenes is consistent and completely solid, as soon as the action comes in, the detail gets insane. Aside from the great looking characters or full backgrounds, Ryp puts readers into the moment by adding little things like small pieces of debris flying through the air. He adds small elements to make a complete, full picture. His art is utterly brilliant.

No real complaints about this issue. It's fantastic from start to finish. However, this is an extremely hard book for new readers to jump on to. Sure, they could jump on after the first arc, but it seems like if someone is interested in this series, they'll have to start at issue one.

CLONE is always one of those series that is consistently amazing. The story is top notch, every single month, and the art is some of the most detailed art in comics. This particular issue wraps up the end of this story arc extremely well and moves the reader into the next one with a very smooth transition. This is a book everyone should be reading. Everyone? Yep, everyone. It's awesome. 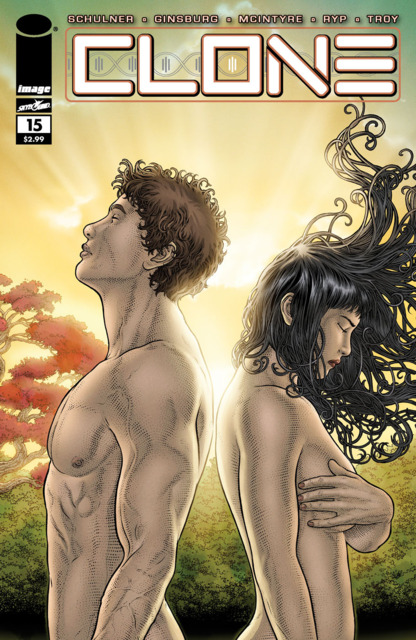