This is the comic that Kyle Higgins has been waiting to give us. Along with Alec Siegel, this new series gives us some good old fashioned superhero action set in the 60s. But don't take that as meaning it's going to be a total campy series. C.O.W.L. stands for Chicago Organized Workers League. In other words, it's a labor union for superheroes.

As much as I love superhero comics, I especially dig it when there's some real-world themes or details added to the story. Higgins touched on the idea of a union for heroes in his 2008 short film, The League. It's a fascinating experience to see the themes and characters in this comic introduced and fleshed out in this first issue. And let's point out the fact that there are several different characters here. It immediately feels like a big and detailed world. What Higgins and Siegel do right is give us all the players names and what division they belong to on the credit page. A minor pet peeve of mine in brand new series is trying to keep up with all the characters but here, they are laid out for us.

Unlike other comics taking place in the 60s you've likely read, this comic has more of an edge to it. There are some gritty and gut-punching moments but nothing too extreme or over the top that would turn off some readers. But when super-powered individuals are throwing punches around, you expect to see some blood and possibly some death.

The story is beautifully showcased with Rod Reis' brilliant art. Reis does an amazing job capturing the feel of the characters and action. With so many characters, he easily juggles the task of making each one have their own distinct feel and brings them to life with plenty of expression that makes it all feel more real.

There's a great mix of action. If high-flying action and super-powered punches weren't enough, wait until you see what a character named Eclipse does. And this slightly over-sized first issue takes us all over the city, giving us an idea of just how large this comic book world will be.

Nothing bad here. Make sure you check this comic out.

It's always hard to imagine reading a "new" comic and getting something that actually feels new. How many different superhero comics have we all read over the years? The great thing is, we haven't really read anything like C.O.W.L. You can feel the enthusiasm, care, and attention that Kyle Higgins and Alec Siegel are pouring into this series. It's practically oozing off the pages. And wait until you see Rod Reis' art. It's simply incredible. Make sure you check out C.O.W.L. This is a series you'll want to read right away. Don't wait until later. Heck, I don't even want to wait for issue #2 now. You're really going to dig this series. 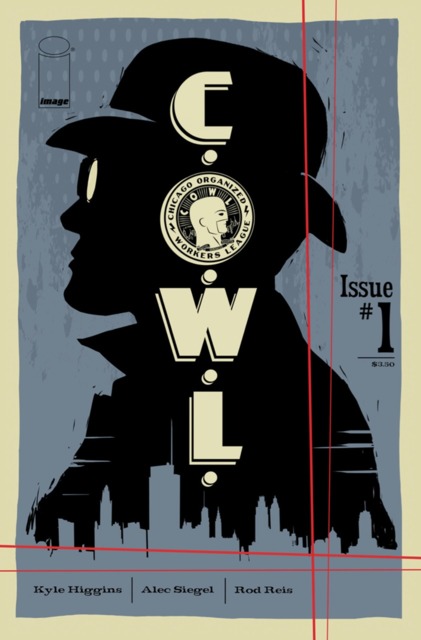