Black Widow's biggest secret has been unleashed. There will be some serious repercussions headed her way.

Black Widow's life has been turned upside-down lately. When a huge secret from her past was discovered, a man known as Weeping Lion used it to his advantage in blackmailing her. Forced to betray S.H.I.E.L.D., Natasha tried going along with his demands. When she failed to deliver, her secret was unleashed upon the world. This sets up a major conflict between Black Widow and another member of the Avengers. The beauty of it all is Chris Samnee and Mark Waid will continue to keep you guessing as to what happens next.

Samnee and Waid have been diving into Natasha's life and created a great set of problems for her to deal with. Seeing solo action really defines what she is capable of. The story has excelled at keeping readers on the edge of their seats. Just as we see the events unfold, a new layer is added to steer us in a new direction. Even as the story drives her towards another major character, she still has plenty of room to shine on her own.

Month after month, I'm in awe of Samnee's art with Matthew Wilson's color. This is a book I like to look back over after reading through to take in every single panel. There's always a sense of elegance and so much is being told without giving a feeling of being cluttered. Bottom line: I can't get enough of it.

The action and intrigue continues in the latest issue of Black Widow. Chris Samnee, Mark Waid, and Matthew Wilson have made this one of my favorite books to read month after month. Black Widow is getting the attention she deserves, and it's all presented in a great package. If you haven't been reading this series, do yourself a huge favor and rectify that. Track down the issues and gobble them up. Reading this book is such a joy. 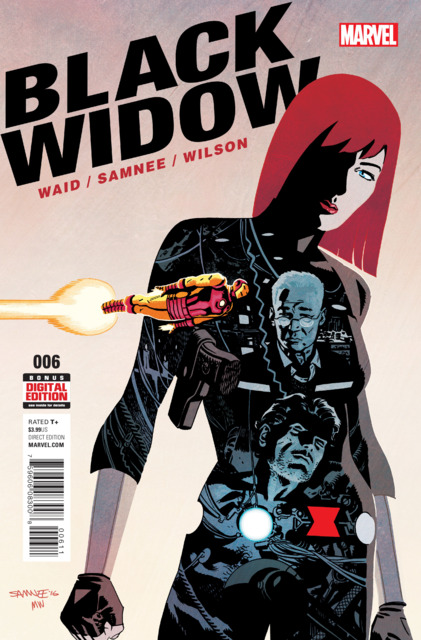