Black Widow is one of the best Avengers around. But she has a dark past and is trying to make up for it.

Who is the Black Widow? We've seen tellings of her past before but how much do we really know? We've seen plenty of Black Widow lately in the assorted Avengers titles but Nathan Edmondson takes her in a different direction.

Black Widow has done some bad things in her past. There's a lot she wants to make up for. That is the focus of this series. She is seeking atonement and that clearly won't be an easy task. Natasha is set to right some wrongs and will be going on separate, non-Avengers missions. She will do what she needs to do and, as she puts it, she doesn't play buy anyone's rules.

One of the great things about this book is having a strong female lead character. This has been a topic of discussion in the past and there's no reason Marvel can't have great series with a female character. Edmondson nails it here. Natasha is an extremely deadly woman. She can take on huge odds and kick all sorts of ass. While sometimes portrayed in a sexy/sultry fashion, that isn't the case here. She may be a former spy but she isn't sexualized in this issue. A big part of that is due to Phil Noto's amazing art.

Phil Noto has the ability to fully capture a 60s spy thriller vibe while still giving the story a modern feel. Simply put, Black Widow looks great. Despite having a skin tight outfit, it's not depicted in an over the top sexual way. You can easily get lost in the beauty of Noto's colors. Many have already stated they would buy this for the art alone after seeing the preview. The great thing is the story is top notch as well.

I had extremely high hopes for this when it was first announced. I'm happy to say it's met my expectations. It's going to be tough for another book to top this as my favorite of the week.

I could go on and on about this book. This was everything I wanted in a BLACK WIDOW comic. Nathan Edmondson comes out of the gate running. He has a great take on Natasha and reading this issue will immediately make you want more. Phil Noto's art is insanely good. He creates a fantastic mood full of energy and makes Natasha look great without over sexualizing her. This is a comic anyone can easily dive into. Buy an extra copy or two and give them to your friends or loved ones. This is the book Black Widow and comic fans deserve. How many days until issue two? 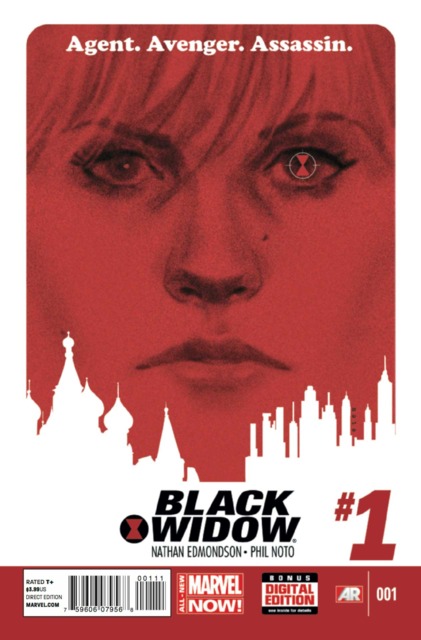