Life in a rock band with Black Canary isn't what you'd expect. The danger continues.

BLACK CANARY #1 was a fascinating read. Brenden Fletcher and Annie Wu gave us a nice introduction to Dinah's new, possibly temporary, career as a singer along with her new band. But of course a comic with Black Canary wouldn't just focus on her stage performance. There's danger lurking as Dinah realized some sort of threat was following them. Assuming it was after her, she soon discovered there was more to the story. Just as readers are discovering there is more to this comic series.

Fletcher and Wu take this issue to a slightly different setting. The great thing is it's not just more of the same as the first issue. You can feel the story progressing and shifting as we see less stage performing and more development on the story and action. Wu's stye and Lee Loughridge's colors really captures the vibe of the story and you'll find yourself getting more and more hooked. There's even a really cool middle section of the comic that is fitting if you've ever read or seen the typical teen rock magazines.

BLACK CANARY is proving to be an interesting comic. The good and the bad is you're not really sure where things will go. This isn't quite the comic you might think it is. It's not just going to be a focus on Dinah's singing career. Where it will go when this current story ends is a nice unknown to keep you on your toes. We're heading in a nice direction and I'm becoming more and more invested in the series. 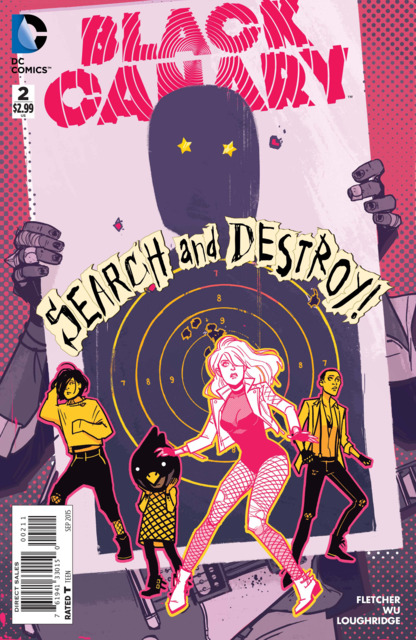