Batman v Superman: Dawn of Justice delivers on its core promise of kickass superhero action, but little else.

Spoiler warning! The below won't discuss specific plot points, but will discuss the film in some detail. Stay away if you're spoiler averse!

Batman v Superman: Dawn of Justice is a film that refuses to smile. It's relentlessly dour, taking the strict tone of its predecessor Man of Steel and doubling down on its bad mood. Blood seeps from tombs, children are borne aloft on the wings of a thousand bats, hundreds die in horrendous attacks, and slow motion sequences run rampant. It's all very, very serious.

But amidst all of its aggressive frowning are moments of unfiltered light, of imagery ripped directly from the best comic book splash pages and transformed into wonderful cinematic popcorn. There's undeniable glee to be had in seeing superhero titans Batman and Superman finally throw down, and in watching DC's Trinity of Supes, Bats, and Wonder Woman finally sharing the same screen. It's been a long time coming, and the pay off--if you were to measure it purely in geek spectacle--is impressive.

If only the film wasn't so eager to always remind you of its stern nature. Dawn of Justice is almost oppressively downbeat. It doesn't allow a moment of joy for any of its characters, seeking to impress at every turn just how larger-than-life and mythic these characters and their struggles are. This is film that juxtaposes a montage of Superman saving people from across the world against a ponderous voiceover questioning the hero's trustworthiness. This is a film that shows a Batman so jaded that he's resorted to using lethal force against his enemies.

This dour tone leads to a film that's a chore in many stretches to get through, particularly in its slower-paced first half. It starts off well enough--we flash back to the devastating battle at the end of Man of Steel, with Bruce Wayne racing through Metropolis, avoiding raining debris in an effort to save employees located at one of his buildings. This street level view of the havoc created by super-powered people is haunting and affecting, and effectively sets up the animosity that Wayne/Batman carries against Superman for the rest of the movie.

What follows is an almost action-free first hour, punctuated by some heavy handed posing of the film's central theme: can absolute power (in this case, Superman) be trusted? Batman is firm in his belief that Superman's potential disastrous impact must be curtailed. The US Government for its part is becoming increasingly alarmed at Superman's unilateral, globe-spanning heroic efforts, and has begun a series of Senate hearings to investigate the unintended consequences from Superman's various actions.

The rest of the film's major characters suffer from muddled motivations. At the end of Man of Steel, Superman had come to terms with his role as the hero of Earth, but Dawn of Justice brings him back to the previously mopey, unsure version of himself. Superman--one of the comic book world's most morally absolute, firm characters--spends most of Dawn of Justice in a wishy-washy state of funk. Lex Luthor--the film's main antagonist--is similarly clumsily handled. His reason for manipulating the two titular heroes is foggy at best, and you'll have to make several huge logical leaps to understand just how Luthor's master plan was carried out (and what it's ultimate aim was). Comic book Luthor is manipulative, sly, but above all he's brilliant, and is always steps ahead of his foes. Dawn of Justice's Luthor falls far short of that benchmark.

It's left to Batman, then, to carry the film's weight, and Ben Affleck's portrayal of an older, gruffer Batman/Bruce Wayne is impressive, easily making him one of the best to ever put on the cowl. As well as showcasing the fierce, calculating intelligence of Wayne, Affleck shows off the physicality of the Batman better than any of his predecessors, with a huge set piece near the end of the film being a magnificent showcase of this particular Batman's ferocity and brutality. Affleck's Batman is simply unafraid to just straight up hurt people, and the various ways he punches, slams, throws, stabs, and shoots enemies makes this action sequence the best Batman fight put on film yet.

It's no secret that Wonder Woman makes her big screen debut in Dawn of Justice, and it's almost guaranteed that her first big reveal in costume will be one that will have audiences cheering. Wonder Woman is simply a powerhouse here, although she's more cipher than defined character, earning applause through our assumed knowledge about the Amazonian superheroine than anything that happens within Dawn of Justice. In fact, all of the other Justice League tie-ins and character appearances that happen in the film feel similarly rushed. Yes, you do get your first glimpse at the Flash, Cyborg, and Aquaman, but their brief time could have easily been excised without any detriment to the overall film.

What's left, then, is the action, and for its last hour, Dawn of Justice becomes an almost non-stop flurry of over-the-top brawling. Stirring, exciting moments abound, and the extended brawl between Batman and Superman lives up to its star billing. The final battle, however, isn't as emotionally involving given the nature and late appearance of the new characters involved, relying more on heavier and meatier explosions and punches to sell its stakes.

All of the explosions and carnage of Dawn of Justice's second half seem like white noise by the end, blending into a formless mash of extreme audiovisual stimulation. Of course, there's a lot to be said about the value of spectacle, and Dawn of Justice certainly delivers on its promised load of ooomph. But as an overall experience, the baser joys of seeing Superman swat Batman away like a fly, or Wonder Woman using her sword and shield like a badass warrior, is overshadowed by the dire, clunky weight of the rest of movie. Joy isn't a prerequisite for a superhero film, but a smidgen of hope can help elevate the most serious of situations. Hope is what makes all the struggles, all of the sacrifices of its characters seem worthwhile. Batman v Superman: Dawn of Justice is determined not to let you feel any. 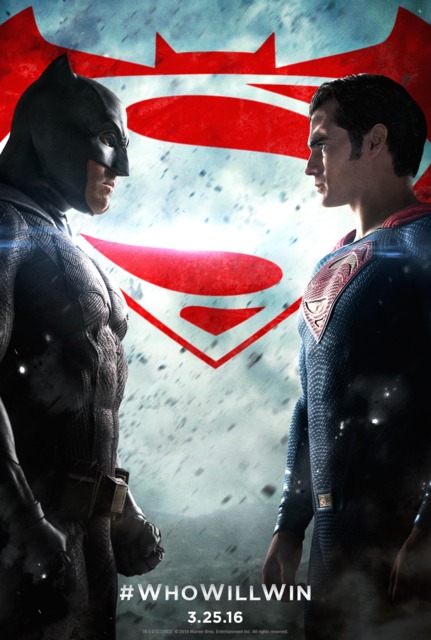