It's the aftermath of the events that impacted all of the Bat-titles. The story is far from over.

We've seen the aftermath in the other titles. What's great is picking up right after the events from last issue. The fight may have taken a slight pause but there's still plenty to see. An unfortunate incident like this should not just fade into the next day. If we're going to lose a character that many enjoy, we deserve to see the immediate reaction of everyone around. You can see the pain on Bruce's face, something we rarely ever get to see. Having the story switch back to glimpses of the aftermath really punctuates what is happening and will happen when the meat of the action is over.

If you're looking for action, you will find some here. You can imagine that Batman, Nightwing and others will react over the death of their comrade. Having the rip-roaring action switch to the serene (and painful) scene of the funeral really knocks you for a loop. One of the most touching scenes occurs in the Batcave, between Batman and an unlikely other. Once you read the issue, you'll know what I'm talking about.

Not only is this dealing with the moments after the death, Morrison is taking the story to the next level. We're seeing the reaction from others in the city. You have to keep in mind that Leviathan's attack didn't just target Batman, all of Gotham is feeling the destruction.

Chris Burnham does capture the chaotic and devastating pace of the story. This is Batman in the middle of a war. There is plenty of loss and destruction and it shows.

Again when the art shifts from Burnham to Jason Masters, it's a distraction. It pulls you out of the story for a bit. Masters art is clean and similar enough to Burnham but there is a slight lack of the gritty detail that Burnham's art uses to enhance each panel.

It still feels like we need more information on what Leviathan is up to. The fight at Wayne Towers feels like it suddenly ends and the story seems to advanced a little in time, which isn't fully clear how much.

Then there's the stuff going on with Jason...

This was a great follow up to last issue. Even though the other Bat-titles have jump past these events, it's great to see what happened next. We get some rare and personal glimpses into what Bruce is going through and you can definitely feel the pain he's going through. Morrison is pushing the story and concept further along. You can see we're close to his endgame and there's the feeling it's all about to explode. Morrison and Burnham are cooking with fire and it feels like things are going to get even crazier before the story's over. You won't want to miss this issue. 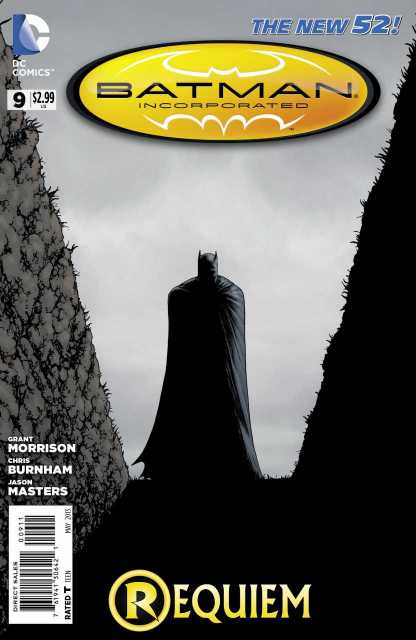