Batman is still recovering from his recent loss. This is setting up the end of the fight with Leviathan.

After a fun trip to Japan last issue, we're back to the action with Batman and his army of bats ready to take on Talia, the Heretic and the Manbat army. Ever since issue #8, we've bee waiting to see what Batman will do. He brings the fight to Leviathan and things get brutal with Heretic.

This is where Chris Burnham shines. He adds a nice gritty feel to the fight scenes and it's so great to see Batman actually show signs of being in a fight. The way he draws Talia makes her look severely creepy, especially when she wears the Leviathan mask. Speaking of masks, wait until you see the Heretic without his!

Grant Morrison is bringing the series to an end. You can definitely feel that it's coming. That doesn't mean he's necessarily winding things down. With a bit of a revelation made here, you'll want to see if the suggested return of a certain character is what it seems.

There's still that odd feeling of whether or not this series is supposed to fit in with the rest of the Bat-titles. We saw some great fallout issues after BATMAN INCORPORATED #8 but, at least for me, I can't help but wonder where those take place with this story and if they're meant to have happened after next month's issue.

There's also a weird feeling watching Talia's plan unfold and if we'll actually figure out what's going on with her when this series wraps. While the ending of this issue was cool, it makes you wonder if she's just completely insane.

Batman's abrupt end to the fight felt odd. He was savagely fighting and then seemed ready to leave and go home rather than seek out Talia.

Who hasn't wanted to see Batman cut loose a little? This issue delivers some savage Batman fighting which unfortunately doesn't last long enough. Talia's plan is continuing to unfold and you can feel the end is near. Rather than start tying up all the loose ends, Morrison actually unleashes some more surprises that will put you on the edge of your seat. There's no telling what the next issue will hold but you can bet it will be something everyone will be talking about. 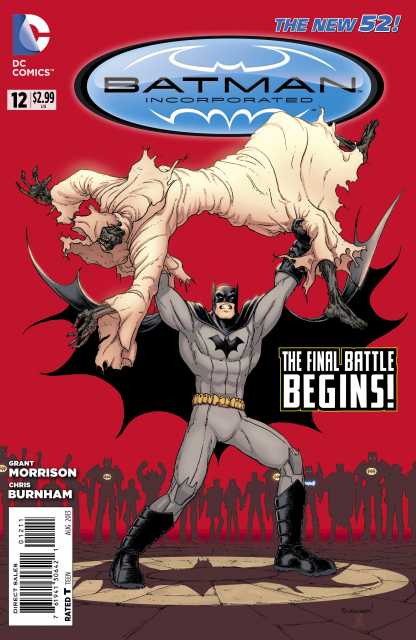