The big battle in the first arc may be over but there's still others to deal with. There's also another threat from the past brewing as well.

This issue picks up shortly after last issue. It's always nice when a new arc moves forward yet still acknowledges what happened before. There are repercussions that shouldn't be ignored or swept away in order to make things easy. When Rewire unleashed his plan against Neo-Gotham, several residents from the Arkham Institue are still on the loose and it's up to Terry to try to find them.

At the same time, Kyle Higgins introduces a subplot taking place in the "historic district" and we get to see a new group with ties to a character from Batman's career. Higgins also gives us a good fight to provide plenty of action even thought 'first issues' in new arcs are usually the set up issues. We also get a cool flashback. There's definitely some cool things coming up.

There's something about Thony Silas' art in this issue. It's been great throughout the series but it really looks tighter and crisper here. Perhaps it's the colors by Emilio Lopez making it it really pop off the pages. (Note: I read this issue on my iPhone and even at a smaller size, it looks great).

Shriek gets a little upgrade. It's not clear when or how this happened but perhaps we'll find out later. Not a huge deal.

A new arc has begun and it looks like Kyle Higgins has some cool things coming. Terry still has to deal with some of the fallout from the first arc (the fact that he still has to apprehend several threats that have escaped Arkham) but we also see a great introduction to a new/old threat. The designs of this group, what we see of them, is pretty cool. Thony Silas' art is great as usual and Emilio Lopez's colors really adds a nice punch to it. As if that wasn't enough, we also get a cool Batman: The Animated Series flashback. Do yourself a favor and check this out. This issue reminds us why Batman Beyond is such a cool concept. 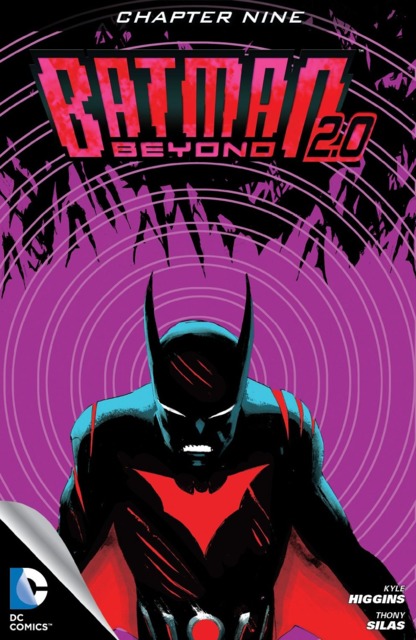