Terry has been defeated. Will this be the end of his career as Batman? Meanwhile, more answers are revealed.

In the previous chapter, Terry had to fight Spellbinder, Shriek, Inque and the new villain, Rewire. Rewire claimed to have killed Batman as Dick Grayson was rushing to assist Terry. This means we'll get to see a little action for Grayson but the question is, will he be able to save Terry?

While this is going on, Commissioner Gordon (Barbara) questions the latest suspect on the murder of the mayor. As this plays out, Kyle Higgins begins to weave a web of intrigue and, little by little, we get some answers. You won't see the reveal coming along with along with the other person that will be helping Batman. All this leads to the hunger for the next chapter.

With the appearance of another Beyond villain, the action has less of the the futuristic feel and more of a traditional bombastic one. Thony Silas captures it all and you can really feel the scenes move along. With what is trying to be conveyed in these scenes, it would be easy to just show a couple static scenes but you get a sense of the action moving along in Silas' art. He varies the panel layout to further push the action along as well.

The last chapter was full of action as Terry had to take on several villains. In this issue, despite the battle between Rewire and the police, the lack of actual Batman action pulls it back a tiny bit. It is great to see the hero incapacitated to some level as usually they always seem infallible. The story does move along as we get more answers but the lack of Batman makes it feel a little lacking.

Rewire claimed to have killed Batman last issue. Obviously that's not the case but Kyle Higgins makes sure Terry is out of the picture. As the police make their move against Rewire, we see a nice old fashion battle that feels like a step up from the traditional futuristic Beyond fighting. There's a lot more explosions and Thony Silas' art and pacing really moves it along at a great speed. We may have a lack of Batman action in this chapter but we do get some answers, specifically about Rewire. This is definitely not one to miss. Higgins continues to keep us captivated and leaves us hanging until the next chapter. 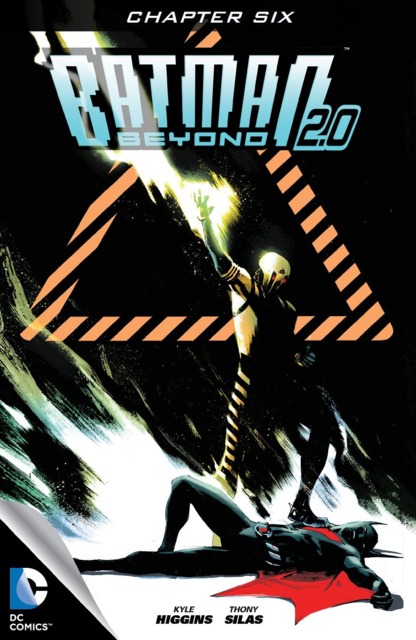