In the last chapter, Terry found himself fighting against the original Robin, Batgirl, Nightwing and Batman. How could this be possible? And if that wasn't crazy enough, wait until the ending.

Before delving into the continued fight from the last chapter, we get to see Commissioner Barbara Gordon in action. Normally she's been shown arriving after the action has already taken place. Even in a scene that just shows her approach and thoughts on what's going on, you immediately get the sense that she is still perfectly capable of kicking butt.

The shock last issue was when Terry, as Batman, found himself facing Robin and Batgirl. When Nightwing showed up, he had good reason to wonder what was going on. Throw in Batman, you know it's going to get pretty crazy.

Kyle Higgins cranks up the action as Terry has to fight all four. Too often Terry is shown easily taking down his opponents. If you're wondering what's really going on, you will find out. And when you do, everything becomes even cooler.

Aside from the action, there is also plenty of suspense thrown in. Higgins really packs it into this chapter.

Thony Silas' art is perfect here. You'll find yourself zipping through panel after panel as the action scenes are fleshed out. This is the next best thing to having actual animated episodes.

Nothing bad here. This might have been my favorite chapter yet.

Kyle Higgins sure knows how to craft a Batman Beyond story. While there is still a bigger mystery going on, this chapter is packed full of action and suspense. Fans of the series will be thrilled with what pops up and you'll be on the edge of your seat as you read through it all. Thony Silas' art is great and fits the story nicely. The great thing about the digital first format is even if you've missed out on this series before now, you can easily purchase all the previous chapters. And we'll only have to wait two weeks until the next part. With the way things end here, there's no telling what will happen next. 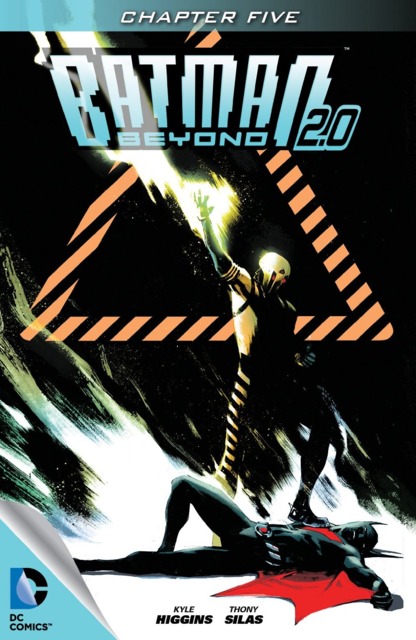