You won't want to miss this issue focusing on Dick Grayson and Barbara Gordon.

We've just seen two great arcs in this series and Kyle Higgins changes things up a little by delivering a stellar self-contained story. One of the great things about the Batman Beyond universe is the fact that these are our beloved characters in a possible future. We can't help but wonder where they're at and what they've been through since their younger days.

Throughout the comics, we've often seen the "will they or won't they" status between Dick Grayson and Barbara Gordon. We've often felt they were meant for each other but something always comes up. What Higgins gives us is a chance to see these two talk about the past and where they stand with each other today. With Barbara the current police commissioner and Dick now being Terry McGinnis' mentor, they are finding themselves having to work together. The story that Higgins puts together along with the dialogue is fantastic.

Then there's the art. This chapter is drawn by Eric Wight. Besides the current future scenes, we also see some amazing flashbacks. Wight's style is perfect and Emilio Lopez's colors will knock your socks off.

Honestly, the thing that bummed me out the most was when it ended. Despite not having a lot of action, aside from what was in the flashbacks, this issue showed how great these characters are and can be.

I'm still confused about whether or not the implication of some sort of relationship between Barbara and Bruce ever happened.

This is an issue you have to read. If you've ever read and enjoyed stories involving Dick Grayson and Barbara Gordon, you're going to want to see the talk they have in the Batman Beyond timeline. Kyle Higgins truly understands these characters. He has a great feel for who they are and seeing this interaction is exactly what you would want to see, especially if you've watched the regular animated Batman series and Batman Beyond. The art by Eric Wight and colors by Emilio Lopez will blow you away. Simply put, I loved this story. 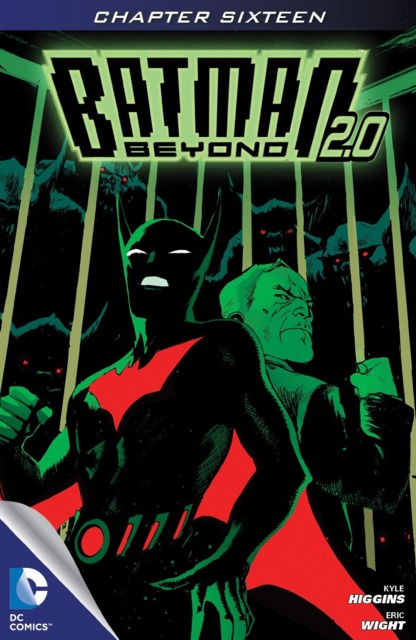