Terry McGinnis isn't too fond of Bruce Wayne these days but with a bunch of Man-Bats (MEN-Bats?) running around, they have no choice but to work together.

As usual, there's is such a great vibe with this series. Each chapter makes you realize how much you're missing the series and how great it could have been if it was able to continue somehow. That's what Kyle Higgins is doing here, he's continuing the show.

It's great seeing the future versions of characters like Barbara Gordon, Dick Grayson and, of course, Bruce Wayne. Terry McGinnis is a little older than in the TV show and that means he has a little more experience. The big thing in this volume of the characters is there was a big falling out between Terry and Bruce. But with Man-Bat and an army of Man-Bats, Terry has found himself having to work side by side with Bruce.

No one really wants to think of Bruce Wayne as old and incapable of taking part in the action. But we do get to see him with a few tricks still up his sleeve. All the while, we get a small taste of the animosity Terry is feeling towards Bruce. It makes a dangerous situation stickier and more dangerous.

Of course the one thing missing from this is the animation. Thony Silas does a great job with the action scenes. When Terry is flying around with Man-Bats following him, it's pretty cool to see.

The characters we know are supposed to be quite a bit older. Barbara, in the show, looked her age. Here, it almost looks like she's slimmed down and gotten in better shape a little. As cool as it seeing Bruce Wayne in some of the action, it almost seems too easy for him. To some extent, it should be. But at the same time, there's a reason he retired from the action.

The art is pretty crisp, thanks to the digital format but a panel or two looked a little rushed.

If I'm being honest, Man-Bat was never one of my favorite Batman villains. Seeing him in the Batman Beyond universe is something different. Kyle Higgins continues to push this timeline forward and it's great seeing the story develop further. We still don't know the full details of what happened in the year between this volume and the previous but we are seeing more details being revealed. Thony Silas captures the action and excitement and almost makes you forget this used to be an animated show. The arc isn't over yet and it's all continuing to build more and more with each chapter. 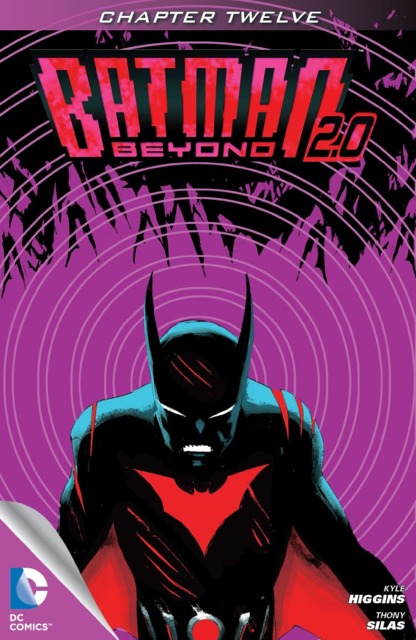