Johann takes the lead in the latest issue of B.P.R.D: HELL ON EARTH.

One of the things that impressed me is the way that Johann demonstrates his leadership capabilities in this issue. It is clear that he is completely capable and ready under extrenuating and stressful circumstances not only to lead a team, but also to stay calm and collected under pressure. The result is an interesting dynamic between he and Agent Enos, who is for a lack of a better term, "freaking out."The contrast between them makes for interesting conversation and serves as a great start to the first issue of this arc.

One of the things that really struck me about this comic was the sense of humanity that was brought forth through the dialogue of some of these characters. Enos in particular demonstrates a lot of vulnerability in this issue, making it easy for the reader to connect with him on a personal level. The B.P.R.D. has clearly, over the course of several issues, dealt with a tremendous amount of loss and stress, and it is taking a toll on some of these characters. The feeling you get reading this comic is that it is close to the end. There's a certain level of panic, fear and stress that is very evident in the dialogue and the scenes where members of the team come under attack.

The story itself is really, very grim -- moreso than many of the stories we are used to seeing. There is a real sense of desperation here and a collection of moments that are really very sad, particularly as we near the end of the issue. The title of the issue, 'No One's Safe In The Wasteland' is really relevant here and captures the tone of the issue perfectly.

There is really nothing about this issue that I didn't like: it is a great jumping on point and a start to a brand new story.

I would not usually categorize Hellboy and B.P.R.D. comics as being "horror" comics but this one sort of fits into that category pretty well. There is some fantastic character interactions and dynamics and the creative team captures fear perfectly in a story that is a truly fantastic page-turner. Add this to the fantastic art in this issue and you have a recipe for perfection. The story is great, the characters and intriguing and their plight feels believable. It's a great start to a new arc that gives us a closer look at the current state of the B.P.R.D. that will leave you guessing as to how these characters will survive with the core of their team gone. I am definitely looking forward to part two of this three issue arc and I hope that this three issue series gives us a chance to get to know Johann and the rest of the team a little bit better. 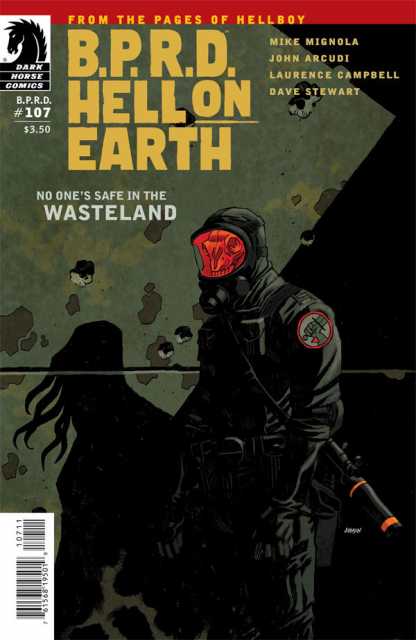