We're getting closer to the end. Is there any hope for the kids or are they all going to die?

We're at day 28. That means we are now seeing what happened one day before this series began. In the first issue, we say some events from Day 29 - more specifically, a battle between X-23 and Hazmat.

As we approach this moment, we do find out more about Bloodstone and what his story is. It's almost surprising we're just now finding out his backstory as it gives readers more of a reason to root for him amongst the others.

Of course the key moment that will grab the attention of many is what sets X-23 off against the others. There are some formidable characters being forced to fight for their survival but X-23 is something else. Seeing her like this makes things more intense. This is something the others immediately realize.

It's great and fitting to have Kev Walker return to capture the vibe presented in the first issue. You can see that a certain something is just hitting the fan and it's not going to be good for the other kids.

Fourteen issues in and I go back and forth with this title. I want to think there is more going on here. We've occasionally seen some snippets suggesting that.

I mentioned seeing Bloodstone's backstory here. The problem is, it's almost a little too late. I don't have much interest in him and some of the others. As we are approaching "Day 29," where the series began (before jumping back to Day 1), there isn't a whole lot that happens here. There wasn't much to keep me totally captivated. There are some cool moments but with the way this issue ends, it looks like more of the action will take place next issue.

Is the end near? The series started off with a glimpse of "Day 29" and we are just about there. This issue features the return of Dennis Hopeless and Kev Walker as they give us some backstory on Bloodstone and set things up to coincide with the very first issue. While it is important to humanize these characters and the simple conversations do play a role in that, it just didn't feel like very much happened in this issue. We are waiting for answers or closure and we have one more issue to wait (most likely) before hitting that Day 29 moment. What comes after that, remains to be seen. This series continues to be an enigma of sorts. It's a series I want to root for as it seems there is more going on that it appears. Aside from the ending, this issue left me with the feeling that not much really happened. 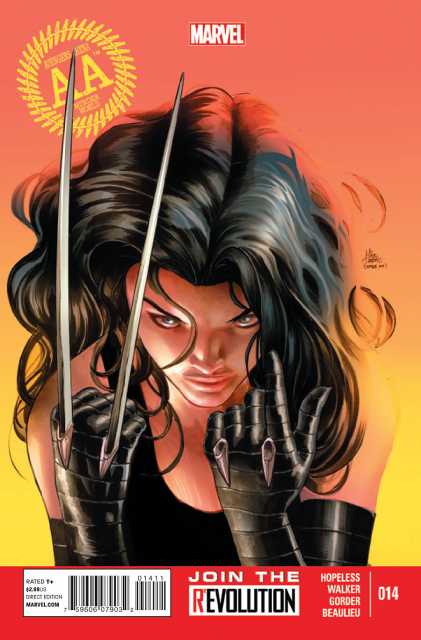