You would think having your ex-girlfriends show up would be bad news. It gets worse for Iceman when it appears he may be threatening the entire planet.

This issue made me realize something. I've always been a fan of Iceman but we've never really seen any major stories involving him. Sure he's been part of some big X-Men events but he's never really been the focus of them. For a character that has been around since the X-Men debuted, how much do we really know about him.

This is something that Marjorie Liu touches on and it blows me away that I never really thought about it before. Iceman has always been part of the background in the X-Men. He's usually been the light-hearted, sometimes jokester, member of the team. Liu touches on some aspects that have been hinted at before. It does make you look at him in a different manner. The way the others react to his current situation is also interesting.

The other nice thing about this issue is you get a strong sense of these X-Men members being their own 'team.' Sure, there may be one member that will quickly suggest they go to extreme measures to deal with the situation but it's nice seeing this team deal with their own problem, rather than bring in other X-Men members (even though we do see others appear).

You almost get an uneasy feeling as you watch the story progress. That just shows how the story pulls you in. The situation gets worse for our characters and we'll be hanging onto the edge of our seats waiting for what happens next.

I am warming up to the art. It is enjoyable seeing different artists' interpretation but there are moments when Wolverine just feels a little off to me. At times, the art pulls me out of the story a tiny bit.

I never realized that Iceman has rarely been the center of attention in X-Men stories. As a character that has been around since the beginning of the team, it feels like writers never really fleshed him out. Marjorie Liu's take and the situation she's created is great in really showing us that there is a layer to his character we haven't really noticed before. As things progressively get worse, you start to feel uneasy as you become concerned with the fate of different characters. Liu never ceases to amaze with the way she delves into the different characters and it's always refreshing to see what she comes up with next. 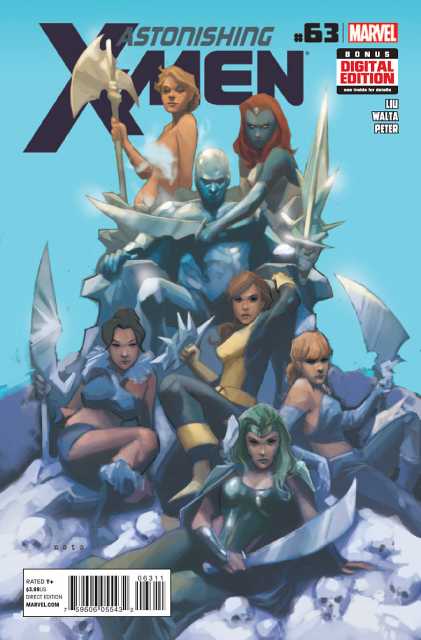