The final issue. Find out what crazy things Joshua Hale Fialkov has planned for the character we hated but have grown to enjoy in this series.

I've said it before and I'll say it again. When Alpha was introduced in AMAZING SPIDER-MAN, he was an unlikable character. That was the point! It seemed odd that Joshua Hale Fialkov and Marvel would try to center a miniseries around this character. But the surprise was, Fialkov easily made us like him.

Alpha started out as a kid that gained an immense amount of power. Seeing how he tries to deal with it all has been an incredible journey. Too often when we have teenage heroes, life is a bowl of cherries. Alpha is pretty much on his own, even if he has SUPERIOR Spider-Man he can try to get help from.

The greatest thing about Alpha is he screws up. Big time. He's not a perfect hero. Life isn't perfect. That's what sets Alpha and this series apart from others. We also see the risks of being a hero. Those around Alpha are in danger. Fialkov puts him through the ringer here. It's funny because Fialkov is such a nice guy in person but he's such a jerk to Alpha. That's some good writing, folks. You won't see the ending of this issue coming.

Nuno Plati's art really works here. I've gone back and forth throughout this issue but it does fit the character and story.

The story is over. It would be nice to see a continuation. There is a tiny sort of cliffhanger. Hopefully we'll get to find out what happens next.

ALPHA: BIG TIME has been a pleasant surprise. It shouldn't really have been a surprise how much I liked this since Josh Fialkov was the writer. The idea of taking a character most readers couldn't really stand and center a miniseries around him was remarkable. The fact that Fialkov made us care so much and packed so much story and emotion into this series is a testament to his writing. With this being the final issue, you owe it to yourself to read this entire series. It's refreshing to see a different sort of teenage superhero story. Nuno Plati's art added another layer to Fialkov's storytelling. It's unfortunate that this is the end. Hopefully we'll get to see more on the horrific circumstances Fialkov has unleashed. 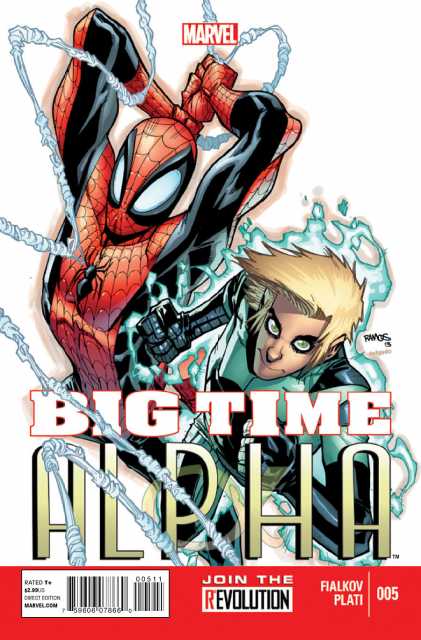