We've seen a slight change since 'Battle of the Atom.' Find out who the team is up against now. And what's up with that kiss on the cover?

It's always interesting when a writer changes the direction of a series. It may not be a huge change but this started with the original X-Men in the present at Wolverine's school. Now we find the original five (and Kitty Pryde) switching "sides" and hanging out with Cyclops' X-Men. We get to see some different interactions as well as the team continue to try to find their place in the present.

Adding another new twist was the appearance of X-23. She was always an interesting character in the X-Men but never quite fit in with the adult members. How will she get along with the younger X-Men and Cyclops' new students? With this and last issue setting things up for a confrontation against the Purifiers, it'll be good if they can have X-23 on their side.

Brian Michael Bendis also throws in his typical humor despite some darker moments. X-23 has been through a lot yet the series doesn't go into the fully dark areas it could.

There's some cool scenes in the second half of the issue. I'm surprised the new costumes are actually growing on me.

Let's start with the cover. The fact that we have that cover plus what was written in the solicit is enough to make you seriously shake your head.

It's hard to say how X-23's appearance here will be. Is she going to stick around? It's great for her to have a spot in an ongoing series. Hopefully we'll get some great exploration into who she is as we have in the past.

We have two different artists here. I usually dig Mahmud Asrar and Brandon Peterson's styles but they are a bit different and don't really mesh well.

I'm not the biggest fan of the Purifiers but I am curious to see where this story with them will go.

The All-New X-Men might just be getting used to their new situation with Cyclops' team of mutants but things are about to change in big ways. X-23 being thrown into the mix could spice things up and battle the Purifiers never is a good thing for the team. Brian Michael Bendis balances some slightly dark moments with the humor we've grown to love. The use of two different artists unfortunately makes the flow of the story a little jarring. We have a young team of X-Men and we'll see if they're ready to take on this latest incarnation of the Purifiers. 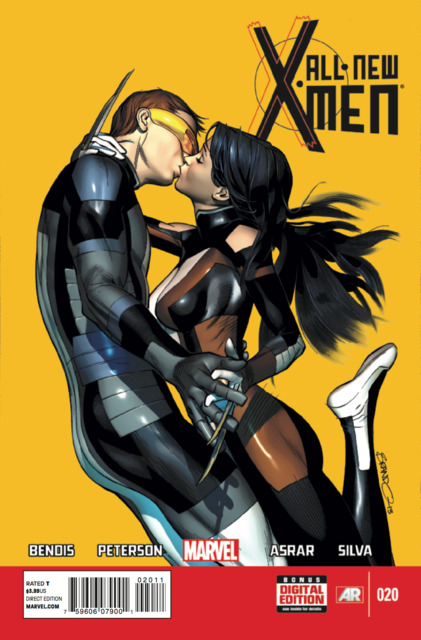