Lorna defends her team’s actions, parentage is questioned and Gambit makes a new friend. Meanwhile, everybody hates Cypher. Well one person in particular hates him.

We get a bit of a time jump to the end of the issue from another perspective to start, but for all intents and purposes, this issue picks up directly after last issue ended with X-Factor “rescuing” a teenaged mutant from her domineering, anti-mutant father. The mission didn’t exactly go off without a hitch, nor was it endorsed by Serval, but before she can be transferred to the Jean Grey School, a shocking revelation regarding her parentage is revealed and OFF they go again. Peter David keeps a lot of balls in the air this issue, I haven’t even gotten to what Gambit’s up to, but he’s gotten himself into some INCREDIBLE mischief in record time. Gambit is definitely the star of this book, even if the “camera’s” not on him for even most of the time and David writes him with equal parts mirth and conflict. We also get some absolutely perfect conversation moments between Polaris and Quicksilver. I absolutely love the dynamic between these two, especially in light of all the revelations that have happened in Lorna’s life. It’s given these characters some amazingly dynamic opportunities.

Carmine di Giandomenico returns on art and, as always, he does an absolutely incredible job from fore to aft on every single character and brings his A-game not just to them, but to the world they inhabit. I never noticed it before, but the tinting that I’ve so often praised for establishing such a great mood and tone also stand in well for backgrounds. Every panel feels like it has an incredible sense of place, and a large part of that is due to colorist Lee Loughridge and those tints. The level of detail, and lack of delays despite the title being twice a month with the SAME creative team (except for a slight change in issue 4) is something to salute. There have occasionally been choices I didn’t agree with, but it never looked like it was because of a corner being cut.

There’s very little to dislike about this issue, unless you were looking for the series’ only loosely connected story arc structure to continue. This is definitely the most cohesive it’s felt, for better or worse.

This is still an effective stand-alone issue, even if it does refer back more than previous ones. I wasn’t sure about this being the storyline they decided to go longer on, but by the end I was sold. We get the introduction of a new character with an absolutely amazing name (that I kinda can’t believe no one had used before, at least no one of note in the big publishers), we get an insane amount of storyline seeding and, honestly, I’m still amazed that it’s GAMBIT of all characters I cannot wait to see more of next in two weeks. 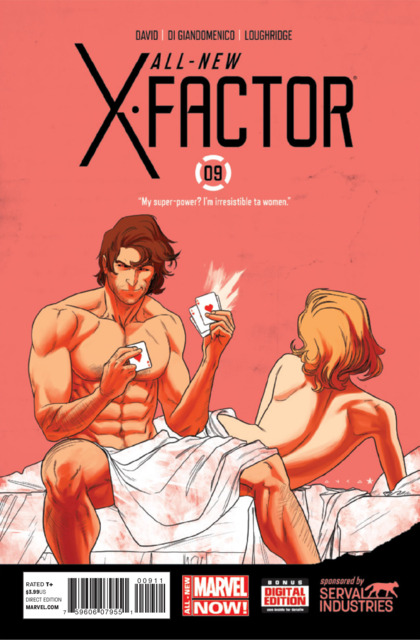