What would you do if someone sent you a realistic android of the opposite sex?

This is such a bizarre concept for a comic yet I am completely digging what's going on. Set in the near future, we find our main character, Alex, a young and pretty successful guy who is down on his luck in the love department. Trying to move on from the end of a relationship isn't easy but when he is given a lifelike female android, Ada, he has to question what is going on.

The idea what some may do with their lifelike androids is, let's face it, a little creepy. But that is far from the tone of this comic. There is a lot of emotion, despite one half of the characters listed in the title not supposed to be capable of having any emotions.

Sarah Vaughn and Jonathan Luna are handling this story beautifully. There is way more going on that you might think if someone simply briefly told you the premise of the book. The very first page is a perfect example of what's going on. There is no dialogue but you completely understand what is going through Alex's mind (provided you read the first issue, of course). Seeing how Alex deals with his gift and the beginning interaction between he and Ada is brilliant.

The art really captures the vibe of the story. I mentioned the opening page. The art really conveys how Alex is feeling and you get an almost cinematic feel as the scenes unfold.

We're still in the beginning phase of the story. There are moments the story feels a little slow but that goes along with how it's all being presented. It wouldn't make sense to just jump right into it all.

In terms of the art, we are in a futuristic world but at times things feel a little too sterile. That may be the intention of a simplistic, yet advanced world. But when we get a progression of panels displaying the same scene, there's the occasional feel of emptiness on the page.

I'll admit, I was a little unsure about this comic when I first heard the premise. Having read the first two issues, I fully appreciate the layers to the story. We may have a man and an android here but you can feel the beginning of something happening. What exactly is what we'll have to wait and see. Vaughn and Luna make this far more than it seems and you can see the inner struggle Alex is going through with life and the fact that he now has a lifelike female android, without that message being pounded over your head. This is definitely an intriguing story that we'll be keeping our eye on. 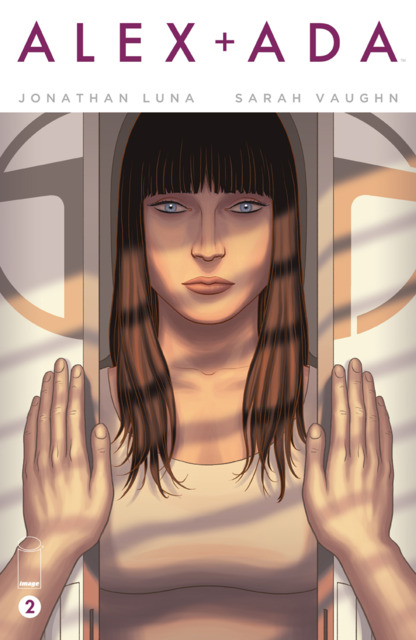