The repercussions of last issue's surprising death is explored. What really happened in the woods?

This series continues to impress. Last issue we saw a death occur off panel. While a month has passed in this story, we do see some flashbacks to moments after the incident occurred. Cheryl Blossom isn't a favorite among the Riverdale gang. The others can't be fully clear what exactly happened out in the woods. In a time of survival, the question is do they remain together with as many as possible or do they send her off to fend for herself. This is just an example how the themes in this series are much much more than in the typical Archie comic.

The implications in Cheryl's reasoning goes back to earlier issues. The full extent of what happened to her before was never fully spelled out but the implications were pretty clear. You can't help but feel for the characters while there's still that feeling of dread and disgust sitting in the pit of your stomach.

Roberto Aguirre-Sacasa also takes this moment to pay a little homage to The Shining. It's winter now and the survivors have found refuge in a big hotel in Vermont. We see Archie try to cope with and understand everything that's happened in the past month. It's a great way to remind us of what happened before and also push the story forward. All throughout the story, there's the dark and dreary feeling of despair for the characters. Aguirre-Sacasa's writing will reach you on an emotional level. Even if you had no connection to the ARCHIE characters prior to reading this series, you can't help but feel concern and connections to them after seeing everything they've gone through.

I couldn't imagine anyone other that Francesco Francavilla drawing this series now. His art perfectly captures the tone and atmosphere of the story. I still say it was a brilliant move in giving the familiar characters a slightly different look compared to the traditional visuals. Francavilla's art simply elevates the story to a higher level.

We also may be getting an idea as to what the title of this arc means. Maybe.

It's really unfortunate the amount of time in between issues. This one does provide a built in refresher for current and new readers. It's easy to say each issue is worth the wait but it does interrupt the flow of the entire experience. I can only imagine how deeper the stories would feel if the issues were released on a more consistent schedule.

I say the same thing with the release of each issue, you really need to be reading this series. We've seen plenty of zombie apocalypse stories but there is so much more here. A good story of survival relies heavily on the characters. Roberto Aguirre-Sacasa brilliantly captures and sets up situations for them that makes you feel a connection to them. You have no choice but to care and be concerned for them. Francesco Francavilla's artwork is perfect for the series. He sets up the atmosphere needed and gives the characters a unique look while they still maintain a tiny resemblance to their original counterparts. This series is taking things seriously. We have some heavy themes going on. It's the perfect blend of horror and suspense with plenty of character building and moments of awe. The wait in between issues is harsh but any month we get a new issue is a great one. 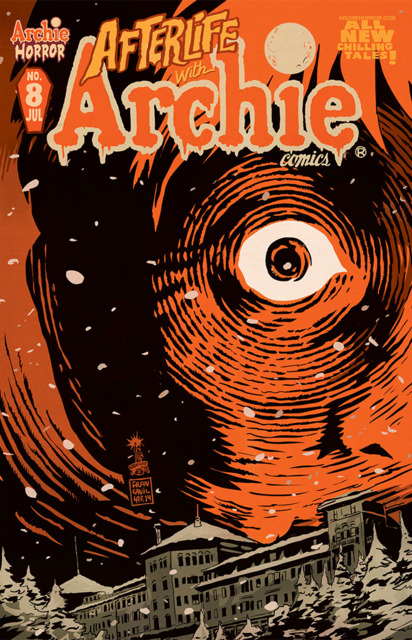