Journey to the future to find out if the X-Men stand a chance at a happy future.

Despite having mixed feelings on some of the other 100th Anniversary Specials, it's always fascinating seeing what the future might hold for the X-Men. Robin Furth takes us to a future where Cyclops becomes the President of the United States. Part of the fun before diving into the story is reading the recap. There's a whole backstory to the events leading up to this time period.

We're used to pretty much all of the future timelines for the X-Men to be extremely cruddy. Despite Cyclops' new role, things aren't going as smoothly as they'd like. There is a huge faction that still stands against him. He soon discovers what happiness he does have will be torn away from him in a manner you might not see coming.

Throughout the story, we do get to see several familiar characters. It's great to see everyone at an older age. Unlike last week's Spider-Man story, this isn't a matter of having a sliding timescale or possible reboot 49 years from now. This is the current timeline and continuity, about two decades in the future. At the end, there is a bit of a message as to what may or may not be what the X-Men and Cyclops' fates should hold.

Jason Masters does a good job aging the characters. You can see the resemblance in most of them. Tiny details given to different characters will make you wonder what could have possibly happened to them between now and then.

The ending could open up some decent conversations. As the story is building up, when we find out who is responsible for the current problems, it feels a little odd. The reason has to deal with the current characters' future and it doesn't seem possible the 'person' responsible would have the ability to see their future.

The X-Men and future storylines go hand in hand. This 100th Anniversary Special gives us a look at the current continuity of X-Men in the future. It's always interesting to see what may or may not happen and Robin Furth does a great job in taking today's X-Men and putting them in a possible future scenario. Jason Masters ages the characters accordingly and you'll find yourself pausing while reading to wonder what might have happened to some of these characters in the time between. As a 'special' one-shot and future story, there obviously won't be huge repercussions for today's books but it's a pretty cool look at how the X-Men's world could be. The last page will make you wonder if that should or shouldn't be where the characters are headed. 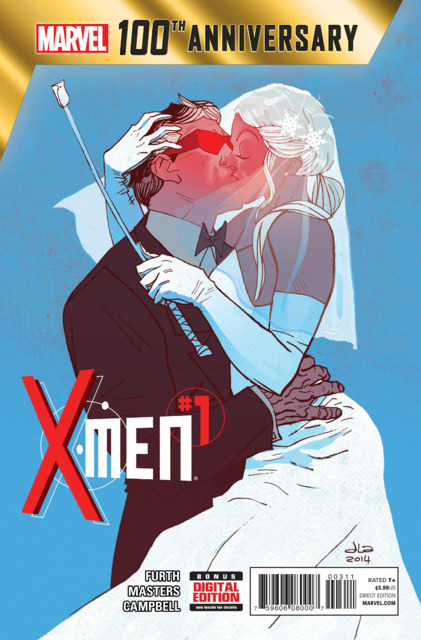