Not That Kind of Hooker!

Sigh. Resurrection Man is coming to an end, and definitely rushing a bit to get there. Something about this issue and the previous one felt very fleeting, not as rich as many of the other issues. Oh sure the story is being carried along just fine, but there was so much that didn't feel half as meaningful. I think Abnett and Lanning are now just trying to make sure they give us a proper ending; forced to rush through plot points because of the cancellation.

It's a shame because there's SO MUCH great stuff in this issue. The Lab's location is a nice nod to the original series, and it's design is seriously awesome and ominous, especially later on when Mitch gets knocked out of a window. The Transhuman is the subject of a pretty nice twist, and the lack of Hooker's preparation for it was a nice little touch of originality. And Hooker having a puppet-master above him really has me intrigued.

Jesus Saiz delivers some pretty nice artwork, not as fitting as Fernando Dagnino used to provide, but it's functionally fine here. A lot of scenes do look pretty cool.

One of my continual problems is Kim Rebecki. Certainly her budding romance with Mitch is vaguely interesting, but most of the time her function is simply that of a walking plot device with her psychometric powers. They might as well be called 'convenient secret locating powers' for what they do. She's just always there to 'happen to know exactly where or what comes next.' It just feels so lazy... but that could be the price paid for being able to reach the ending.

Also, I'm a bit jaded, having read this part of the original series. In the original, Mitch reaches the lab for a confrontation around the halfway point, almost the same issue. But it was laid out, and led up to better. But more than that, the appearance of Director Hooker carried far more shock and downright creepiness than he does here. Here he's just kind of 'that guy Mitch used to know and now runs the Lab.' In the original he was a completely insane decaying cannibal.

It's still a good series, but it's really just not churning right. Abnett and Lanning have the engine on choke or something, I don't know crap about cars. It's moving forward at a faster-than-safe pace, so it's skipping a bit, while still retaining most of the important elements..... It's like a partially scratched record. 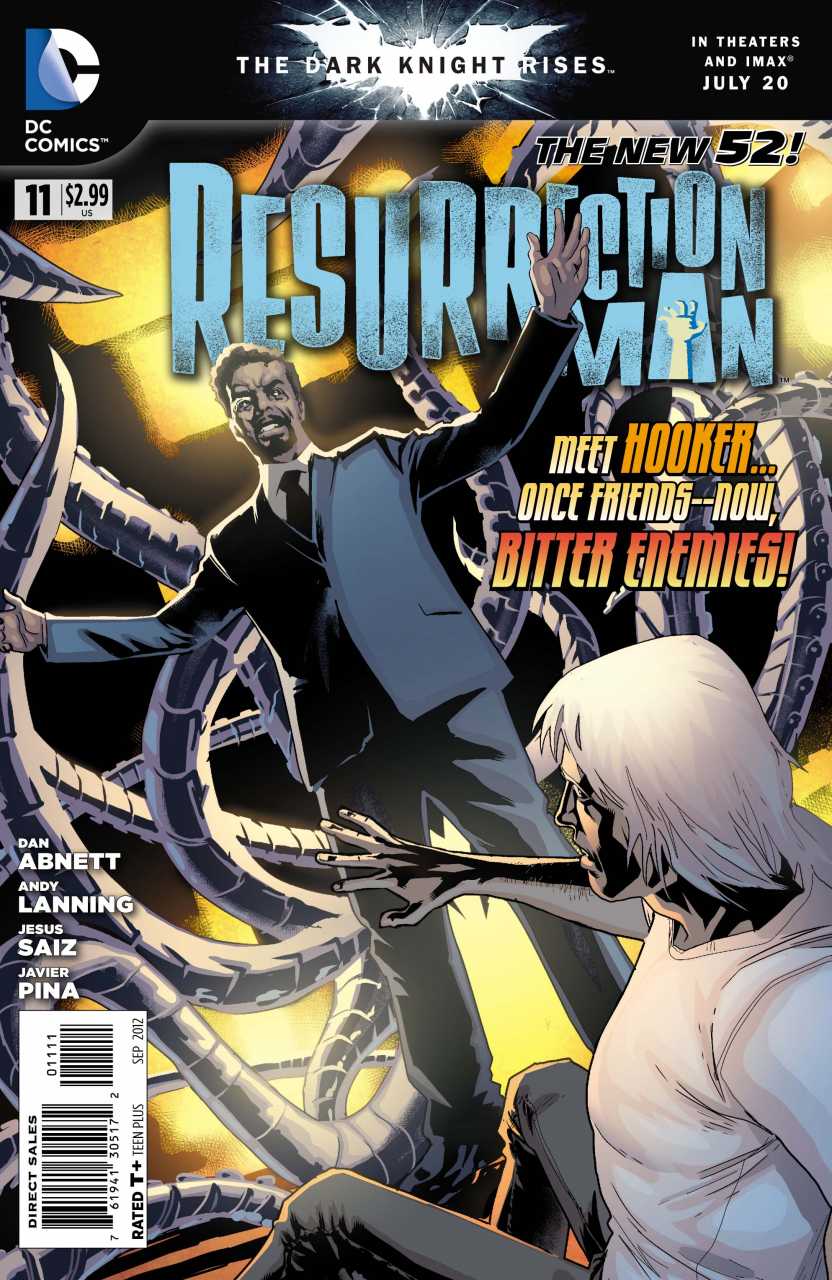