It Only Hurts when You Laugh

There have been many crossovers in the Death of the Family story arc, but I’m not sure any of them have filled me with as much hope as this issue. I would really love to see Jason spill Joker’s brains across the ground, and though I know that will not happen, Lobdell has said that Jason will deliver quite a beating, and I guess that will have to suffice. As best as I can tell, Red Hood and Joker have not met since Under the Red Hood, and that means it is way past time for Jason to deliver on his promise to end Joker’s life. Does this issue make good on a tale of manipulation and vengeance, or is this a broken story written with blood and a crowbar?

In this issue, Joker gets the drop on Red Hood, Kori and Roy enjoy the beach life, Harvey bullock does some detective work, and Red Hood manages to turn the tables on Joker.

Again, my mind is drawn to the all important question: does Joker know the Bat Family’s identities? In considering this, I have almost forgotten the zero issue of Red Hood and the Outlaws which featured a backup story wherein Joker revealed that he was behind Jason Todd becoming Red Hood. At the time, I took this as a sort of delusional fantasy of Joker which was not meant as actual cannon. After all, how could Joker possibly manipulate the Dark Knight into taking this boy as his ward and protégé, but that possibility looks a lot more feasible not that it appears Joker known the identity of Batman.

I’ve got to give props to Lobdell for the way he handled the hints that Joker left for Jason. Joker gave three clues that indicated that the Clown Prince of Crime knows Jason’s secrets, and two of the three can be explained away fairly easily, but the third one seems to indicate almost inconvertibly that Joker knows. However, as Jason says himself in this issue, why not show his hand if he really has the Bat Clan beat.

(Spoiler) People will probably be tempted to say that Joker’s clues prove he must know Jason’s identity, but when you think about it, Joker really does not give much context to two of these clues. Joker leaves a bullet fragment? It is clear Jason had a rough upbringing, and there was a very good chance that a bullet may have played a big role in that. The same thing goes with the medical box. On the other hand, the bit about a woman overdosing is pretty specific, and that is quite a gamble on Joker’s part if it was just a guess.

I thought the pacing of this issue was much better than many of the other Joker tie ins. In my mind, the best Joker stories are some version of cat and mouse, but it seems many of the tie ins have Joker playing the part of the mouse constantly running away rather than the cat playing with his food. I felt that we saw a lot more of Joker the cat in this issue, and I loved it. Joker beats Jason several different ways in the first half of this issue, but Jason, at one point, turns the tables on him. When Joker regains the upper hand, he puts Jason in a maze and causes him to run down memory lane. Joker has a story he wants to tell, a trail Jason needs to follow, a speech he needs to give, and a point he needs to make. It’s not about beating Jason physically, but about beating him emotionally, and Joker is patient in getting Jason in the right frame of mind for this victory.

I thought the balance between the Red Hood and the Outlaws was perfect.

The fights here, though brief, were good.

The last three pages are great and really get you psyched up for the next issue.

There was only one problem with this issue, and that is that there is nothing great about it. Everything is well done, but there was no wow moment that really made we stand up and take notice. I toyed with giving it a higher rating, but I don’t think it quite earned it.

If you are a big fan of RHATO or Death of the Family, then this is a safe purchase. It is a good issue and promises even better issues to come.

What's Joker Got in Store for Jason, and Tim? 0

I have really been enjoying this series, and have loved seeing Red Hood (Jason Todd) having to work as part of a team, something he's not been very good at following his death, in A Death in the Family. This is a very fun series, and I love seeing not just Red Hood, but Arsenal (Roy Harper), and Starfire also, and think that Scott Lobdell has done an amazing job of writing them.PlotThis issue sees a continuation from the last with Jason going after Joker for potentially killing Isabel Ardila. Un...

Red Hood and the Outlaws #15 Review 0 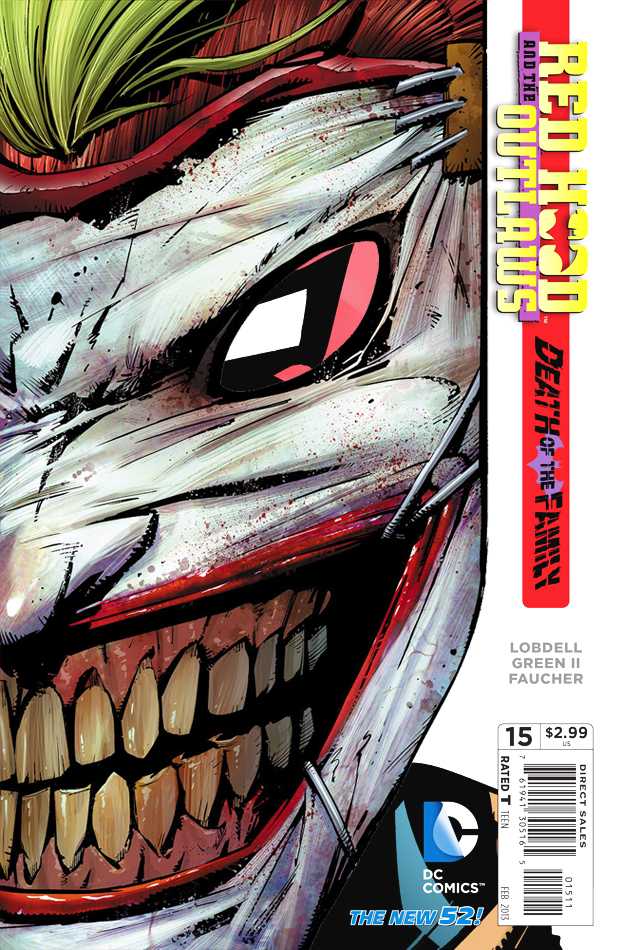 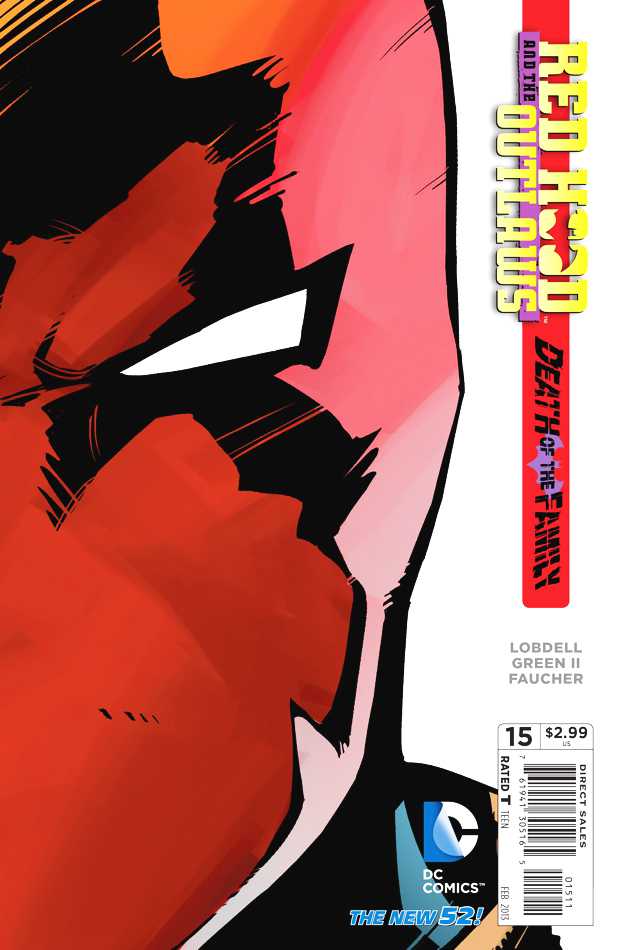