The most interesting thing about this first book of the trilogy is the contrast between the Punisher and Captain America. I understand that is probably the whole point of the series anyway, but it a good idea that deserves more investigation. The drawback of this book is it needs to spend so much time introducing the subordinating characters, especially the villains involved, too much time is given to the machinery of the plot and not enough time is given to contrasting the two versions of heroism (at least to my preference - perhaps the other two books will work on that more). The artwork is somewhat tricky in this issue: Captain America is often back lit as if the very sun is radiating from him. I'm not sure if Janson is trying to be ironical about that or not, especially since Cap is given some nice scenes toward the beginning about how his stolid stance on genuine Justice is never an outmoded thing, and that the "real" people of the world still care about that for which he has always stood. The Punisher's scenes are, appropriately enough, usually dark and dim, poorly lit and stuffy. He always brings with him a Macbeth-like miasma. Like Cap, he is starting to doubt himself and his war - and if Frank Castle is in doubt about the legitimacy of his war, we are all in serious trouble. Not to give anything away, but the conflict between them is too hastily contrived, especially given how many pages are in this opening issue. Punisher is too credulous concerning Cap's duplicity in some government sneakiness - shouldn't Frank Castle be more trusting of a WW2 veteran than a subterfugenous woman he has just met? So that is a bit contrived - but it does make for a pretty intense ending to part one, especially coupled with Cap's own disintegrating faith in himself and the world for which he has fought. This could have been done better, but at least it is the beginning part of a trilogy - if it was just a 48-page one-shot, it would have failed completely (even with the requisite changes they would have had to make - it would have been far too short to be effective). I'm looking forward to reading the next chapter.

Other reviews for Punisher/Captain America: Blood & Glory #1 - We The People... 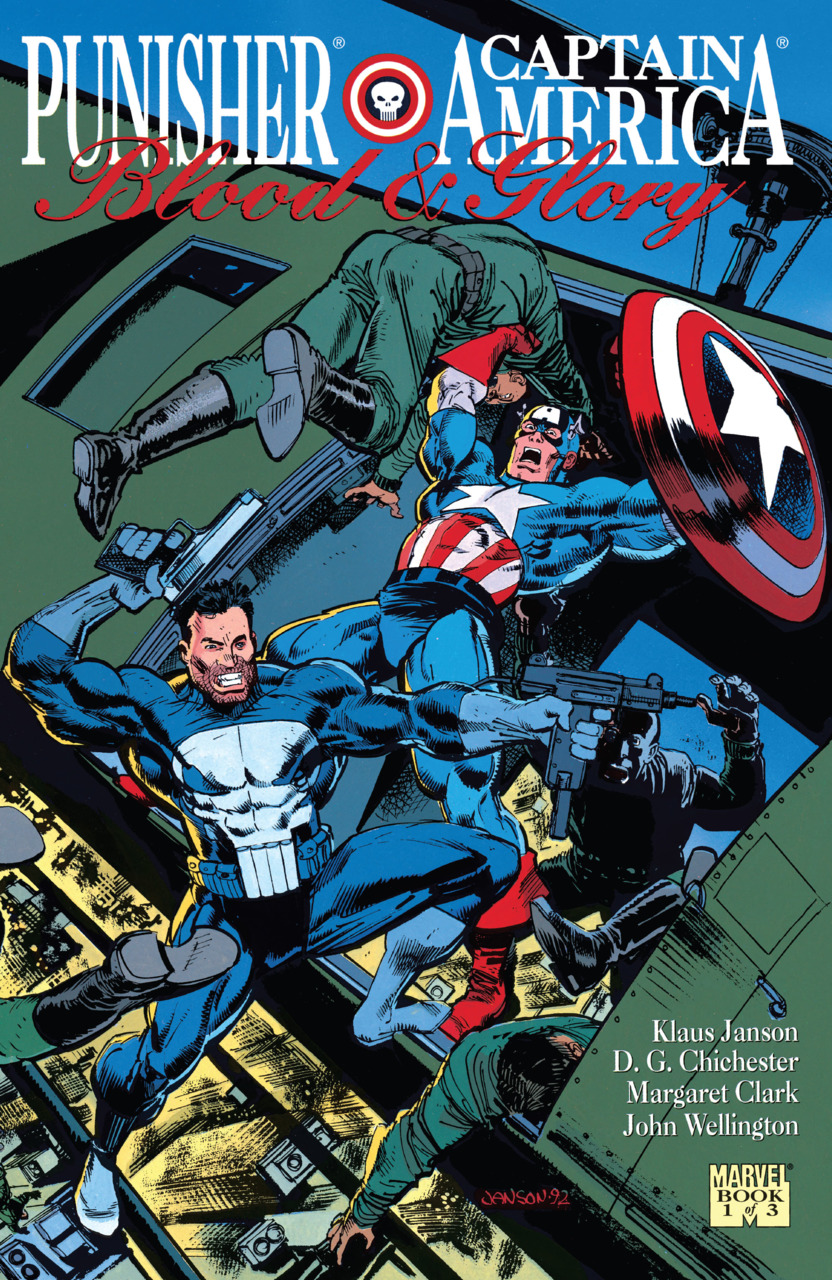