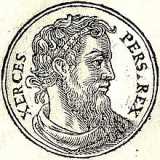 Watchmen, 1986 til 2012, nothing. Now we are receiving seven minis and a one-shot. While that is exciting it got me wondering, what other classics are there to be expanded upon? What gems for one reason or another just never got past the first few graphic novels, mini series, or even its first run. Properties like Men in Black or Batman: Year 100 comes to mind. I mention MIB because although it had a few one-shots directly after the initial movie release we haven't had anything in years despite several very successful movie sequels, plural because we all know the next one is going to hit big. I would love to see some sort of continuation of the original Aircel publications, whether its by the original creator or a new team. I would love to here any other titles anyone would like to throw in ring (All-Star Batman and Robin to name one Frank,Hint Hint).