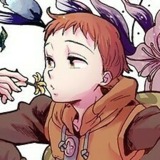 You're not going to lose your virginity to a photo, so if you "like it", then I don't know what the issue is.

While sending unwanted nudes is far from okay, posting private photos of your acquaintances on public forums is even scummier.

Not that I actually believe your story anyhow.

I know the slots are full but are you still accepting reserves?

Achilles, is the demigod child of the Water Goddess, Thetis. As an infant, his mother was told that he was destined to die in combat. Fearing this future, she took him to the River Styx and dipped his body inside, as well as gifted him an amulet containing a piece of her own soul. The effects of the River Styx granted his body near invulnerability as well as a natural affinity for darkness, while the amulet gave him divine protection against any god who wishes to do him harm.

As he grew older, he quickly established himself as a renowned soldier, whose might was so great, even the gods feared him. This drew the attention of Ares, God of War, who wished to forge him into the greatest warrior who ever lived.

The chosen body for my character is that of Akira Fudo, form Devilman Crybaby.

By EOS, Akira was strong enough to strike with enough force to create a continent sized shockwave:

As well as dodge a light speed blast in close-range:

So... the first thing I'm noticing is a complete lack of any actual attack potency feats. To make matters worse, your primary weapon seems to be your power-set, The Shard Blade, which you have admitted is made of pure magic energy. In other words, it's an extension of you Godly Power.

The problem? My character absorbs godly power to weaken his enemies and boost his own strength:

Any weapon or armor you attempt to construct with your power, will only get absorbed the moment we clash. You're basically an unarmed fighter against a guy wielding a spear and shield, as well as vast mystical power.

As far as I can tell, this fight will be pretty simple. Achilles will immediately slip into the mirror dimension, in order to locate your character:

Then he'll just appear at your location, and come with an aggressive blitz:

Using Ares weapon creation ability, my character will essentially be wielding enhanced versions of Pyrrha's weapons. This includes a spear that can be shortened or extended mid combat:

Giving my character an erratic and unpredictable fight style that yours will likely struggle to deal with.

All in all, the very premise of this tourney works against you. The Amulet of Power makes my character the ultimate counter to any god, which is exactly what each of his opponents are classified as.

@zetsu-san: I'm still curious how and why Karre turned to the light.

He saw a vision of the future, and knew his sister wouldn’t be able to handle the crystal’s power. That probably made him aware that they were both just being used.

I get that this isn't canon but the kyber crystals required to power a planet destroying weapon are way to large to fit in a lightsaber.

And the empire needed multiple.

This episode seems to be an entirely different universe/timeline as opposed to simply being non-cannon. Also, the function of the weapon is different from the Star Destroyer, as it has to channels directly through the Twins to be used, and the Twins were artificially created using the darkside of the force.

@elijahbane25: Complete missmatch. Gabriel doesn't have any way of putting Jason down long term, and if he gets caught at all, Jason would ragdoll him.

Gabriel is a lot closer to Myers than Jason.

@lunacyde: A good number of your links appear to not be working.

@mass: Is Akira from Devilman Crybaby as a body, taken yet? If not, then that’ll be my finalized body.