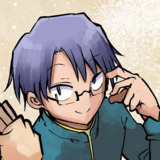 Cheshire is a mysterious entity from beyond the Universe. He comes from the Abyss, the infinite primordial void from which all worlds have spawned. He is the ruler of a dimension that exists between worlds, and can freely traverse the multiverse without the need for contractors, doors, or distortions in the fabric of space. Known as the Keeper of Secrets, he is tasked with guarding the memories that even God herself wishes she could forget.

Even in his human form, Cheshire boasts immense physical abilities that put him at the edge of what would be considered street tier.

Here he smashes the ground and bounces around at FTE speeds and casually dodging 3 bullets in the process. It should be noted that Gilbert is also a light bullet timer, but he couldn't track Cheshire's movements.

His speed and raw strength is so great, that a high speed clash between him and Mad-Hatter caused a large shock-wave shattering nearby glass:

He is also skilled enough to go toe to toe with both the Red King and the Jabberwocky at the same time:

To put it into perspective, the Red King/Glenn's job is to maintain order between the human world and the Abyss. Each Glenn inherits all the skills, experience, and memories from the previous Glenn. This essentially the equivalent of taking on a superhuman Ra's Al Ghul.

Taking on the Jabberwocky is also quite the feat, as the Jabberwocky is the guardian of one of the 5 gates between the human world and the abyss. Aside from special cases such as the Cheshire, Oz, and Mad-Hatter; the gate-keepers are the most abyssal entities in the world of Pandora.

Cheshire not only took him on at the same time as Glenn, but also casually clawed out it's eye:

As mentioned above, Cheshire has the power to freely go wherever he wants via teleportation. He also possesses other abilities such as shape-shifting, supernatural sensing, dimensional manipulation, minions, and telepathic attacks.

As the Abyss exists outside of time, Cheshire is able to use his dimensional travel in order to freely spy on anyone in the multiverse:

He can also utilize travel through the abyss in order to enter the world at any point in time. He has even intercepted other time travelers, stranding them in the wrong time-period/dimension as well as prevent them from leaving:

Cheshire's dimensional travel is part of his overall teleportation abilities:

Though he does not appear to be able to spam his teleportation in quick succession, he has used it in combat allowing him to disappear and perform a sneak attack from a shadow in the ground:

He also shown the ability to phase into a shadow while in his true form:

It has been stated that beings like Cheshire cannot be killed by ordinary physical damage, as whenever hit by such an attack the wound simply takes a ethereal like appearance before reforming itself:

Even against non-physical attacks, Cheshire boasts an enormous amount of regenerative abilities. He has even survived being sliced apart by the power of Mad-Hatter, as well as having his entire dimension collapse around his mostly destroyed body. A feat that's especially impressive as Mad-Hatter has the ability to negate and destroy all powers and entities from the Abyss:

During a brief fight, with the Red King, he gets stabbed in the face. Rather than being harmed, he simply laughs it off before turning into a cloud of darkness:

Though he rarely uses it in character, his most powerful form is that of a shadow monster in which he was able to warp the entire dimension around him:

After entering White-Alice/God's room, he shape-shifts back into his original form as an ordinary house cat:

Earlier in the story, that same cat form had been used to lure Alice away from Mad Hatter:

In Cheshire's dimension, he is able to use memories to create ghost-like entities that can swallow your mind; putting you into a temporal stasis and forcing you to dream for eternity:

In addition to the above, he can also utilize mirrors to perform attacks on the mind:

Red Alice also has telepathic and astral projection abilities (that can cross dimensions that aren't even part of the same time flow), yet she was incapable of resisting a mental assault from Cheshire's mirrors:

Cheshire has a decent level of awareness in regards to what happens in his dimension:

He also sensed Raven's presence on Gilbert. Like the Jabberwocky, Raven is an immensely powerful gate-keeper. Yet the thought of fighting such a powerful being only made Cheshire hungry (Yes, faced with an ancient primordial entity, and Cheshire's immediate thought is that he wants to EAT it):

Cheshire has the ability to take memories and weave them into a physical dimension. His main base of operations is a dimension woven from fragments of the memories of both Red and White Alice:

However, he also shown the ability to trap people in mirrors:

By doing so, he is able to weave new dimensions linked to his own. These dimensions are based entirely on the minds of those trapped inside them:

The physics in his dimension are warped and it's layout is designed to make those inside lose their way:

Upon realizing that Oz's power had destabilized the dimension, Cheshire resorts to warping the dimension around him in attempt to destroy the main characters along with it:

He has also shown the ability to summon other entities from the Abyss into his domain:

Cheshire survived a "dimensional vortex" caused by the Core erasing a human dimension with him in it:

As stated in the above scans, these characters have natural resistances to dimensional effects. However because the Core itself had gone berserk and was the one that destroyed that world; the ensuing vortex ended up overpowering their usual resistances.

While the above characters survived partially through outside aid from a Child of Ill Omen (essentially a human who has been imbued by power from the Core itself), Cheshire had gotten separated from the group and did not have such help:

Despite getting separated from the group and not being guided by Lacie's song, he still reappears at the center of the multiverse, alive and well: