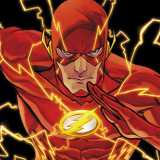 Top 10 Superheroes of All TIme

Captain America was the First Avenger and had impacted society in the 1940's while World War II was going on. Captain America stands for all of America and what Americans strive to be- patriotic, truthful, and heroic.

Iron Man is smart, suave, nice with ladies, and innovative something that everyone wants to be. He is the definition of cool. He has countless amounts of armors made to complete different tasks such as breathing underwater, breathing in space and going toe to toe with the Incredible Hulk.

The Hulk may very well be the strongest superhero of all time. He is an 8'7'' tall beast who has picked up Mjolnir, the hammer that only someone who has the worthiness of the Mighty Thor. He is also a brilliant scientist, Bruce Banner, when he isn't destroying or smashing something.

Wolverine is one of the most bad ass superheroes of all time. He may be small but he can sure pack a punch. He has claws that come out of his hands and he may be the angriest superheroes. He is plagued with amnesia and is constantly looking for who he was before project X which gave an adamantium skeleton.

Although the movie might have been questionable, Hal Jordan is still one of the greatest superheroes ever. He has reignited the sun, killed almost the entire Green Lantern Corps., was the first human to be accepted into the Green Lantern Corps., and even teamed up with Daffy Duck once. He is sarcastic. powerful. headstrong, and disobedient, everything we love in superheroes.

The Flash is the fastest man alive and can run so fast he can break the space/ time continuum. Thats pretty fast. The reason I put Barry and not Wally is because without Barry, Wally West would probably never have become the Flash.

Spiderman is one of the most relatable superheroes of all time. He has to go through the problems of high schools like girls, popularity, and bullies. At the same time he also has to fight a wide variety of villains who are all want to kill him. He is the best Marvel character ever.

Batman is the greatest detective and the best superhero without superpowers. Everyone knows who Batman is and they all have to admit that he is the embodiment of bad ass. Batman is playboy millionaire by day and by night he dresses up like a bat and protects the people of Gotham.

Superman is one of the most powerful superheroes of all time. He is the first superhero and his symbol is said to be the second most known symbol of all time behind the cross. Superman is the leader of the Justice League and is the face for good. Superman has done a lot in his time and he will probably continue to bring the values of truth, justice, and the American way to the world.