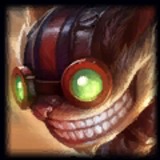 I am da boss

I was sleeping at night when I had this dream that told me I would see a girl I know in a store. So after I woke up and the day went on, I decided to go to Walmart. I was walking down the food section and I saw her, the same girl in my dream.

ITS A VISION I TELL YOU! A VISION FROM JESUS CHRIST.

A few people asked me to make a part 2, so here it is. I didn't include shows like Family Guy because the list could go on.

I'm going to talk about each NFL team, the players, and how they will do this season. Each day I will add some more teams and each week I'll update each team.

I think the Vikings have an excellent receiving unite, good quarterbacks, the best running game, and a good defense. Then WHY are they 1-6? Because the offensive line can't block. Josh Freeman got blamed for having a bad game against the Giants but it seemed like right when he got the ball there was d-linemen in his way. Same with Adrian Peterson. The defense has stud players but are giving up big plays.

With the Packer's receiving corps suddenly snapped, they need to start running the ball, something they failed to do in previous years. But this year Eddie Lacey is making a huge impact on the run game so we don't need to worry about that. Also the defense is looking really good but they are losing players almost every week to an injury. Aaron Rodgers is making his young non-experienced receivers look like superstars out on the field. I think the Packers will make the playoffs and possibly higher.

The Giants are a good team. They have good receivers and a decent quarterback. Why are they bad this year? Because they have no running game to help the passing game. Also, although Eli Manning won a few Superbowls, he's not a superstar quarterback. Over the past years he's been surrounded by talent. Like I said before about the running game, Payton Hillis looked terrible against the Vikings and the Vikings have a bad defense.

The running game for the Patriots is okay, Ridley and Blount are decent backs. The Patriots are a good team this year but the receiving corps has been way down, losing Danny Woodhead, Wes Welker, Aaron Hernandez, and others to free agency (Or jail) plus losing Rob Gronkowski for a few games because of an injury. Good thing they have Tom Brady as a QB.

This proves that a coach and a quarterback can make a big difference. Almost the same players as last year, the Chiefs go and get a new QB and head coach and BAM, they become the best team in the NFL. (So far...)

Blogs Created:
3 blogs
Most Commented blog:
I had a vision...
Total Comments on blogs:
44 comments