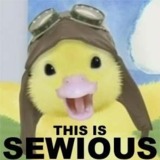 Xaos of Mahal Zarr, the first born of all rebellions.

The birth of a spirit.

Xaos of Mahal Zarr has been birthed a long long time ago, as the first truly sentient man has standed for something against odds. He rose, as a barely sentient entity, standing against the brutal pack mentality of might make right that ruled all form of primitive human life.

A first, he was brutal, unsubtile, and existing only in the soul dimension, a place where all human soul joins and feed with their need, desire and dreams, banned to live in the real world, but always feeding human mind with feeling of dissatifaction and need to change.

Where he turn his gaze, his power followed instantly, and formed human soul, sowing seed of defiance, he was a will without tought. A mask without face behind it. An emptyness forever craving to be satisfy by emptyness.

Eventually, as world changed, he changed too, feeded by the more and more refined thought of humanity, and he finally getted the truly ability to think for himself by the antiquity.

He gained a name and the ability to think. And as more civilisation and thinking was establishing themselve, as more Xaos standed against it, yet he was delighted by it, because more law and more limit would cause him to gain more power, more and more definition.

He named himself Xaos of Mahal Zarr, but that only a name to him that he please him. It bring no real signification and that good to him, because as the personnification, he is really unknowable.

And he continued to seeding chaos and rebellion in humans souls, you could have been hearing his whisper in the roaring of the Spartacus rebellion. Be dafened by his laugh at the french, american or russian revolution, an seeing his smile in the late sixties.

At last, around the 20th century, he realized that the world of soul was his prison.

He realized that he needed to change the rules again. Superhero and supervillain where roaming the street, making simple human feeling more and more meaningless before the power of mutant, god, and other superbeing. Confined in this strange and inimical world that the ocean of soul, he feeled less and less relevant simple human couldn't achieve anything, so he had to bring the light out there, to break the ultimate rule that defined his existence.

And that meaned the ultimate rebellion. He incarnated himself in a young english punk named Marcus Templeton as this one mind was weakened by physical exhaustion and drugs abuse. He highjacked his mind, stole his memory, and simpl possessed the young man.

Unused by some of the reality of physical existence, he was first struck hard by the physical need of drugs of the body he newly possessed, but feeling that his addiction was a restraint to his freedom, he quited the drugs like a bird soaring in the sky to escape a cat.

Realising he was money dead broke, he commited his first crime that night, robbing a cash distributor. A superhero tried to stop him, and nearly succeded, but the hero was surprised by the ability to bring physical and mental change in the world, and Xaos escaped.

Trouble followed quickly tought, as it appears that the bank and the account he stole was also the proprety of some drugs dealer of note in the london underground. The guys send his goon squad that captured him, and bringed to the mob patron.

The only thing that is knew in the underground is that the same night, the right hand of the mob boss killed his chief, and had tried to take over the organisation, that soon crumbled into chaos as each member tried to realized his ambition, leaving only an insane amount of cash -that disappeared quickly- and cadaver in the street -That take much longer to disappear-.

And only the mad laugh of Xaos echoed among the street, as the avatar of rebellion, the first troublemaker was unleash in the mortal world.

As a living incarnation of human emotion, Xaos cannot really die. As even destroying his physical form would bring him back in the ocean soul. Should his spirit be destroyed, humanity would be knowing a short period of calm and apathy, before creating a new incarnation of rebellion out of pure frustration.

Xaos has two facet of power : the physical and the mental.

He can bring limited physical change in the material world, seeding entropy : he can make the metal rust, the mechanical and artificial device jams, he can make people get sick, as theyre body develop immune deficience.

He's not really accustomed with this facet of powers, but he feel he can bring chaos in any system fuctionning by a set of established rules. The limit of this power is unknown, even to Xaos himself and he fear he could be the victime of the mayhem backlash he originally initiated.

Mentally, he's much more better, because he lived and used theses capacity for so long. He can feel unrest, disssatisfaction in anyone mind, be it the desire of freedom in any tyranny, or the frustration of a spouse in her couple.

More than that, he can amplified them to the point where it is not bearable by those who possess those tought, pushing them to make something about it.

When he was in the soul world, he could look at millions of soul in one glance, but since he decided to live in a mortal coil, he became quite limited to feel what his sense could. He use his power to get some danger sense, as he can sense the will to destroy and change thing of his agressors.

Using his power to control chaos among his body, he's at peak human condition, but he possess not human agility nor strength.

The truth is more complicated, as he push the righteous rebellion as much as the act of defiance of some criminal. he important thing is not what chaos bring, but that chaos exist to bring something to be defied at new.

But Chaos is also troubled by the reality of physical existence, the need to eat, to drink and other human vicissitude had left him somewhat frustrated and fascinated as he used his power to create an order that defied another. He's truly getting more and more curious about the implication of human existence and their inherent contradiction.

Xaos is quickly enraged by self righteous hero, or villain. That cause him to join fight only for the sake of fighting the odd. Possibly too, he has joined debate only to defying the odd and yes he troll frequently on the internet.

One thing Xaos seems to hate more than most is non sapient robot, unliving, unfeeling, those things are anathema to him as they are useless and really threathning to him. In the same vein, he has no love for zombie and other brain dead unliving being.

Xaos can kill, but do no go easy to giving death, as living being can feel and being frustratred, creating more rebellion feeling, than dead one.

He love living in all things : playing so hasard game, flirting -especially ennemy- music, and other things. He can be really quite a fellow at time, but he's also imprevisible. He hs no true sense of good and evil, that's what make him dangerous to frequent.

Sometimes, he live among squatter, but also in any house that take his fancy. He never pays anything, as he prefert to steal thing he need. By his ability to jam electronics devices, he's almost never caught.

Xaos in his human form, is quite handsome, but his physical apparance is quite strange.

He's tall, nimble, graceful but possess lean muscle. He can look quite androgynistic. One can see a spark of inhuman mind in his gaze.

When he's on a mission, he like to make up himself in outrageous color, but has no real preference.

In his true form, Xaos doesn't look like anything, he's more like a sensation of unbearable unrest.