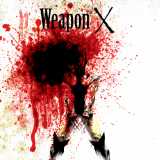 Is it me or is there not really any cartoons on Saturday mornings anymore(besides CN)?  I remember at least three stations had cartoons on all morning long.  Now there is like one and they suck.  My 6 yr old even thinks they are weak.

What is your favorite cartoon(s) of all time? Either old school or now.

I want to thank everybody on comicvine.  Everybody has been real cool and helpful with quests and other knowledge in the comic universe.

It looks like Mel Gibson might not only be a cheater, but a wife beater and totally crazy with those tapes his wife recorded.   He's taking some of his movie characters off the screen and into the home.

I don't know about you guys but Robin Meade on HLN in the morning is hot!  Can I get a hell yeah!

I am surprised that with the comic book movie revolution that there is not one animated series like Spawn was in the '90's.  I'm kind of surprised that HBO or Showtime has not approached one of the comic publishers for an animated adult cartoon series with one of their more popular characters, or even a character they would like to get more notice.

I saw the preview for new x-force line up, and it looks totally awesome.  Psylocke, Wolverine, Deadpool, Angel, and Fantomex.   This should be crazy and cool.  This group of characters might be the best yet.

Finally got all four bushes pulled out .  Then we had to go dump the shrubs at a junk site.  It only took 15 x 1000 minutes to get it done.   Like I said before, when someone tells you it will only take 15 mins.  to get something done.   They are full of sh!t.   I did appreciate the help and the job is now done.    Just don't ever say 15 mins. again.

I know I posted a blog a few days ago about cutting grass.    Now I'm posting a similar one about pulling out bushes.   Yes, it is true.  I hate digging out bushes.   It's noon and 90,000 degrees out side with 10,000% humidity out side and just got back from cutting my parent's yard.  My wife says, "I'm gonna have Dad come over with his truck and chain and pull the bushes out of the front porch."    I agree the bushes are ugly but damn I could've done that earlier.   I said to her, "I don't want to do that today."   I was planning cutting our yard and weed eating.   She says' "Dad said it will only take 15 minutes."   Anytime somebody tells u this will only take 15minutes they are full of it.   Just for the record it took 1 hour to get 1 bush out because the chain connected to the truck broke.  I told him to quit and come back tomorrow.  I went and got a bigger and better chain from my dad's.  So 15 minutes has turned into 2days worth of work.  So I am sure many other viners out there have had this happen.  Tell me your short story.

Too many Bats in the belfry?

This is just a mini take off of what Babs was talking about.    I don't think there are too many Batman titles because almost everyone of them someone else other than Bruce Wayne is Batman.  I have not bee into Batman real heavy since I was a youngster.  I liked him a lot  when I was younger and had quite a few comics of that title.   Thanx to all the quests recently  I found out all kind of stuff about Batman and all the Robins.    So, are there too many Batman titles?  There are a ton of Spidey titles and I think Peter Parker is Spidey in all of them.  At leas Batman has a whole family or nest or cave or what ever of followers to be Batman or whoever.