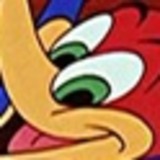 So because the content for Link was sooo long, I had to split up the respect thread for him, so here is part 2! Some may have already seen this before, but I added A LOT more to it, there's more Twilight Princess stuff and HH/Encyclopedia quotes here.

Links to Part 1 and other LoZ RTs below!

Each time the world of Hyrule is blanketed in evil, a young boy(Link) and young girl(Zelda) are born. This connecting all 3 bearers of the Triforce respectively throughout time(Ganondorf, Link and Zelda).

Link is not just one individual; he is the Hero reborn to many homes, over the course of many lifetimes, chosen by the Goddesses with a singular purpose; to stand up and fight when evil descends upon Hyrule.

To further expand above. Link isn't an individual character in each timeline, but the Hero reborn over many lifetimes, the one who had been chosen by the Goddesses the 1st time. Born again and again whenever evil is upon Hyrule.

Medallions imbued with the power of the awakened sages. With each medallion he obtains, the Hero of Time attains even greater power.

With each Sage Medallion Link gets, the strength of the Sages grants Link(HoT) even more power than he had previously.

Here Link defeats some enemies, avoiding their attacks too.

Shows an item called Fruit of speed, which...as shown increases his speed by a lot.

Here he fights Gorgon who withstands his sword strikes, the guy using a giant ball and chain, Link avoids his hits, but eventually he gets hit hard, his sword breaking in the process and KO'd. The fact Link didn't die from the one blow is pretty great, given the size of how big the ball was and how it was leaving craters in the ground.

So...Link gets into a boxing match with the champion, he doesn't know what boxing is and his opponent is pretty skilled, Link gets hit multiple times yet he ends the fight with one punch. Might having also been controlled by the dark power from Gorgon.

To put the above fight more into perspective, Might was able to send Ricky(Kangaroo) flying through a wall.

Now to put the above into perspective, Ricky was strong enough boxer to injury enemies with a Tornado shot which can also send large boulders flying.

To put in more perspective, Ricky was also powerful enough to defeat multiple monsters at a time and move his fists fast enough to block a dragon's fire.

So here he fights Gorgon again, avoiding his chain and ball, landing strikes on him this time.

So Gorgon shows his true form, Link lands multiple hits on his weak spot. He then along with Ricky and Maple(witch), take him down with one final combined attack.

The Four Sword made 4 Links, so the 4 of them soon take on a giant stone creature with the ability to regenerate. So working together they all attack in different areas to defeat him.

So here are the 4 Links fighting against some giant eyeball with mini eyeballs, they each grab a different item to fight against it and thus defeating the giant eye.

When the 4 Links get separated one of them faces off against possessed Knight of Hyrule Valenzuela who can't be hit, however the Link does show some crafty stuff such as using the pots of oil. It isn't until he uses the Moon Pearl that he is able to defeat him, breaking the sword and helmet thus freeing the Hylian Knight.

Here Green Link is taken by surprise from a cyclops however Blue and Red Link come in and save him, showing more teamwork.

Here the 4 Links together again take on a group of ogres and a dragon, before one of the Link's destroys the ground with a hammer and sends them falling.

So...Link's dad is revealed in this manga, and he fights against Link....s. Though when they stopped holding back he was soundly beaten, still though...a nice showing...also showing of the sword beam again.

So here the 4 Links fight Vaati, who is kind of immortal thanks to the Dark Mirror, it isn't until it's destroyed he dies. This is more of a feat of not dying against a powerful immortal foe, yet still able to do damage to him.

Here they face off against Ganon, withstanding his lighting attacks and combining their power with Zelda's to seal him away.

Here he shows some nice strength in taking down and subduing an Ordon goat.

A simple showing really, he was the best warrior in his old hometown before moving, those that protected the frontier of Hyrule. Also stating he could beat someone with either his left or right hand, implying he can wield his sword in either hand.

Here he fights against Bulblin, showing great skill and agility in avoiding blows, only stopping due to the guy using Ilia as a shield.

Much like in the game, he's protected from the dark magic of the Twilight Realm by his Triforce piece. Transforming into a wolf, rather than a spirit.

In wolf form, Link easily dispatches Twilight beasts moving very fast, these guys having been immune to swords and spears and they slaughtered Hyrule soldiers, cleaving them in half through their steel and chainmail armor.

As shown they just carve right through them, right through steel and chainmail armor like nothing, noting that swords and spears wouldn't even scratch them, even when it's shown clear that a sword went right through a Twilight beast yet remaining unhurt.

Here Link fights against the Hero's Shade(OoT Link), growing not only in power but also skill and eventually defeating him.

So here Link fights Bulblin yet again, this time on horseback. However this time Link being much stronger and more powerful, is able to best him, even cutting through one of his horns and fatal wounding him something which he had been unable to do before, with a little assistance from Epona he wins.

Here Link fights an endless wave of Stalhounds all through the night until sunrise.

Link then right after that, without even 10 minutes of sleep fights some of Bulblins forces.

Upon retrieving the Master Sword, incredible power flows into his body, making him stronger.

Link easily defeats some Stalfos and an evil spirit using the Master Sword, pretty much one shotting them.

Link then goes onto defeat a massive creature and once again, basically one shotting it with the Master Sword.

So pretty much Link one shots basically all of the boss monsters he fought before, seeing them in slow motion. Basically Link at this point has become drunk on his own power and importance.

So Bulblin survived the fight and confronts Link again...and you guessed it. Link easily destroys him this time.

So here Link fights the Hero's Shade(HoT), facing multiples of him and learning the various techniques that the Shade knows. (IE: Helm Splitter, Back Slice etc) This enables Link to also get faster and stronger.

Post training, Link squares off against a Darknut which have been continuously powerful opponents across basically all LoZ, being one of the top tier enemies in the universe.

Next Link faces off against a giant spider, showing great speed in not only avoiding its attacks but blocking them as well and cut off one of its legs, even being fast enough to dodge an energy beam.

Will be updating when the time comes, but for now enjoy!