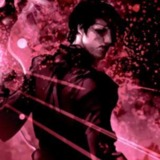 Alias:Wither, the Reaper, the Agent of Death, the Deathbringer

His mutant power manifested when he was merely a toddler, and his parents were presumably killed by him. Abandoned at birth because of his abilities, he was raised on the streets to kill in order to survive. He was known as the cursed child, the death bringer among other names. There were many who feared his power, yet sought for his protection. He took many children under his wing and taught them the essentials to survive on the streets. As he grew older, he moved off the streets and decided to acclimate himself to the world of superheroes and super villains. Thus, making a name for himself as Wither, he sold his skills to the highest bidders and brought death upon his enemies.