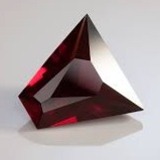 The Eternals - Judgment of the Fifth Host, ch. 7

The images of Phastos and Kingo Sunen in Japan faded from the screen projected by the Celestial. A red and white figure rose from the crowd of gathered Eternals and flew to the front. Eros remained in mid-air as he began to address the amethyst giant.

“Yes, Celestial. Yes. You have shown us tragedies, even avoidable tragedies. But consider again the words of my father, Mentor of Titan. Have events you have shown us not brought their own punishment, their own judgment of shame and pain?”

Eros spread his arms wide and reached out with this pleasure power, seeking to touch the mind of the Celestial, to soften its resolve. This was usually a force he used sparingly. But feeling no immediate response in this instance, he pushed forth as much influence as he was able. He would bring this alien to joy at the sight of the Eternals, or collapse in the effort.

Eros’ face tightened with the effort of his attempt to emotionally reach the huge, impassive figure. Sweat formed on his brow, his open hands curling into fists.

“Does not Phastos, the master engineer and patron of technology, mourn the destruction of a new power station? His work on this world is to give such gifts to man, not to demolish them. Is not the soil and culture of Japan, the adopted home of Kingo Sunen, dear to this heart? Did either of them form the shapes of dragons in the Earth?”

Eros’ made on final, total effort to find joy in the Celestial, and then plummeted from the air with a gasp. He crumpled onto the ice a moment, nearly losing consciousness. Then Ikaris and Thena lifted him up. With a quaking voice, Eros spoke again.

“Judge us as you judged my father. That our intentions have meaning. That our regret suffices.”

The black screen again presented the scales. They did not move.

“Celestial! This is not justice. Your own brothers, if such ties exist among you, witnessed the valor of the Eternals. Perhaps you were there yourself. When your kind last stood on his world, the globe was on the brink of self-destruction. The Soviet Union was preparing for atomic war. It was the cousins of Ikaris, the Polar Eternals led by Valkin, who worked in disguise to prevent catastrophe.

Valkin and most of his relations have left the Earth. They reside now in space – perhaps you know where precisely they are. We do not and we miss them. They took with them the remnant of the Deviant menace, freeing this world of that threat forever. While no longer with us, do not these deeds redeem the Eternal race?”

Still the scales did not move. Eros fell again to his knees, nearly spent.

“But the service of the Eternals is not just a matter of history. Sersi and Gilgamesh are here. Of them you have shown nothing. Is it because, like me, they have served with the mighty Avengers, protecting this planet from threats of all kinds. Each of us remains a part of that army of heroes, though we stand in reserve. Do you judge the Avengers in judging us?”

The screen again shimmered, resolving in an image of the grinning face of Eros. Swiftly, scenes flashed by. In each, the Titan Eternal was turning that grin upon the people he met, brightening them with pleasure, and gently moving them to his purposes. Where Eros had told the story of himself as hero, the Celestial showed the story of Eros the manipulator, the violator of wills. All went silent as another scene played out, then another.

Finally, the scales returned to view. They did not move.