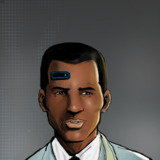 this is just a test

I think he stinks and is a very bad writter. He ruined Batman and that's the reason why Batman's popularirty is so low now.

Scott Snyder allways tries to make the next big massive hit story. But always ends up failling. His stories sometimes start out pretty good, well mostly only his Owl Saga, and then he gets lost, making his stories stupid or pointless or improbable. And lets not talk about the ending of his arcs, because they are all pityfull or messy.

I've read many many Batman stories, other than his Gates of Gotham and Owl Saga, I find his work to be among the worst stories every written on Batman.

I whish he would stop ruining the Batman franchise with his suposedly great ideas. His Batman run was disapointing. His Swamp Thing was mediocre to boring. His All-Star Batman was unecessary, And his Dark Knights: metal is a failure.

He should go back to school and go take writting classes.

The only way I can narrow my thought on Scott as a writer...he’s inconsistent.

@dcandmarvelcomicfan: Tom King's Batman have its ups and downs, when he is writing more simple and focused stories he is actually great...Stuff like Batman/Elmer Fudd, when Batman meets Ace, and even Superman and Lois' doble date.

But when he is over thinking stuff about about Batman instead of just telling a cool story, he kinda sucks.

@jb681131: Batman's popularity is low? No. If anything it's recieved a big boost. Especially with stuff like TBWL. The amount of stans the TBWL has brought to the Batman fanbase is silly.

Anyway, yeah. I agree with the OP. The worst apart about it is the depiction of the characters within these stories.

Perpetua is suppose to be the creator the multiverse. She should be beyond our understanding, but instead she chooses to have petty talks with some fodder scientist who she kills for defying him... OK. She's also incredibly dumb. You only need to read the most recent issue of JL to understand why. Also, the Anti-Monitor is apparently a loser now who cries for his mom (literally) anytime he fails.

@the_man_with_questions: Perpetua have been killing one universe after the other...Why wouldn't she just kill the main DC universe like the rest?? Maybe I've forgot the reason because the over the top situations gets boring at some point...But I don't think there is one...

He's ok I guess, not a fan, he lacks attention to detail some times. Batman: Zero Year had quite a lot of errors.

I liked his N52 Batman run

@will0003_: I'm not sure, but Perpetua just seems to be dumb. In the most recent issue of JL she threw a planet at Hawkgirl to kill her. Something she could've done this whole time, but just now decided to do.

He is too much obsessive with Joker and all of his new works are clichéd all in all. He should take a break from all this.

Snyder to me has to make every single story a huge "the world is gonna get destroyed" thing which got old quick. most of his stuff was just OK. Owls was all I liked. Now tat is for the story

His dialogue is fricking abysmal. Jesus christ. So much dialogue and it looked like it was ripped straight out of wikipedia and it is just pages and pages and pages of dialgoue that wasn't needed.

From a story perspetive he is repetitive but OK. From a dialogue perspective; I'm not buying another Snyder book again

@billybobyamma: I wouldn't say it is abysmal...It is not great in particular but It is not bad.

@will0003_: I personally think it is Abysmal, I also don't know why Snyder's Bruce is a quipster