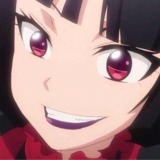 Fun fact of the day: Cut resistant does not mean cut proof

Island 2 - Small Half Island (The second part of the former island, uninhabited by humans the island is covered in heath-land and rocky crags)

Island 3 - King Staryu Island (The crater of a sunken volcano long since extinct, the centre is a fresh water lake that sits in the middle of barren lava fields)

Island 4 - The Queen's Midden (Literally built on the backs of Invictia's Dead, the Queen's Midden is loaded with bones from a disater long since forgotten. A fort once stood on the island as well, but the Kalos occupiers left as the garrison became one with the dead one by one)

Island 5 - Hailpeak Point ( An iceberg that drifted south and got caught in a whirlpool that fixed it into position. Inhabited part of the year by reaserch scientiscts who arrive by helicopter and flying Pokemon)

Island 7 - Diamond Spur (A sea stack formed from diamond that was created from the core of a long gone island. Mining attempts were made but ultimately large scale operations were unsustainable)

Island 8 - Vale-Well Island - (A small island covered in dense forest. Stories tell of an ancient well in the centre of the wood that gave life to those who had none)

Island 9 - The ISS Valiant (A sunken factory ship turned floating base to a reaserch team investigating the legend behind a Pokemon known only as 'the Last Survivor'. Logs suggest said Pokemon hunted them down and dragged them to the ocean depths.

Island 10 - Eversy Island (The main human inhabited island and the gateway to the Western Isles.)

Island 11 - Jagged Nail Island (An island polluted by heavy industry and salt mining. The human population left leaving behind a well stocked mining camp when the ground itself became too toxic to stand on)

@impurestcheese: Lotta typos. Don't know how I missed them all. Also I've tried to clear up the biology and lore. Please tell me if its better.

@impurestcheese: I just realized Bergmite was an official Pokemon. I remember Avalugg but completely forgot it had a pre-evolution

Gross. I love it.

@impurestcheese: The idea was only some of the top would be visible "floating" through the water. eg ghost ship. I'll try to clear it up

@impurestcheese: Meant to say "did not consider that" Me and my typos