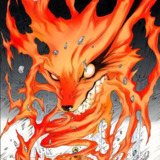 Bleach: 2 simple ways to defeat Yhwach and his Almighty ---> manga scans and feats

I just wanna say something to counter the "Almighty Yhwach is unstoppable" by using proper manga scans that clearly explain how to beat him. . .

I'll be as short as possible:

When Yhwach sleeps he loses his Almighty power, that must be shared with the only one of his Ritters that can take that power, Haschwalt. (Yhwach needed to rest every night).

Sure, TP related powers (like mere visual illusions) are able to interfere with the Almighty clairvoyant powers. . . but why exactly? Simple. . . when Yhwach used his clairvoyant power what he saw was his victory against Ichigo, Aizen and Renji, who was just an illusion. He thought it was real.

There are several Genjutsu that are used to make someone uncounscious/to fall asleep. One of these Genjutsu is the Sharingan Genjutsu, who also casts an illusion druing the process:

This can obviously be applied with every other manga/comics character with these abilities. I've just made an example with Naruto chars.

Here's a lil extra about Yhwach and Itachi. . . and how the Uchiha is going to deal with the Old Mustache Man (I'm not sayin' that Itachi can defeat Yhwach. This is just a humor-meme).