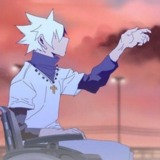 Cup your hands for I come bearing gifts!

Name: Yin Wei (Real name unknown, even to him)

"Doctor Wei? Where were you? You almost missed out on the rounds again!" the nurse slowly had enough of his antics

"I'm terribly sorry... I seem to have... forgotten again..." he said smiling and out of breath from running up the stairs - at least, that's what she thinks

-About 15 years ago at the coast of Jiaxing, China-

The workers at the docks were working overtime as they saw a strange glow just outside the facility. Two of them went to check out what it was while the others were more concerned about getting the job done before it gets too dark. They found a naked boy lying unconscious inside what seemed to be a small crater, but no residue of a meteorite or such to be found.

„I don’t think he’ll be missed“ one of them said, while the other nodded

The boy was tied up and taken to an illegal organ transplant ring, sadly not an uncommon thing to come by in this world. This specific group would sometimes use the children they abducted to either sell them to the highest bidders on the dark web, kill them and sell their organs for high value or use them as live anti-venoms for exotic snakes which can almost be monetarily sold for a large sum. Yin Wei, as he would be later known, was used for the latter.

Most children succumb to the cruelty after a while, or suffer from an adverse reaction to one of the toxins, Yin however slowly grew resistant to them. The group noticed this and took advantage of it, trying out different breeds of other animal venoms such as scorpions, spiders and certain types of water life. The rumor of this child spread until it reached the triad, this ring was just a subsidiary afterall so it was only a matter of time.

One of the elderly higher-ups of the triad came to see how their recently acquired golden goose is treated, only to find him attatched to shackles barely kept alive with partially spoiled bread and water. Yin’s yellow eyes slowly opened up and gazed upon the man, not in contempt but it seemed almost apathetically.

„Free him, and have him taken care for. I want to speak to him in the morning once he is properly washed and fed.“ The man from the triad ordered to the disdain of the men from the trafficking ring

When morning came, Yin was now clothed and found himself inside a hotel suite. He was never able to learn to read or write and only picked up on some speech habits through listening to others.

„W…Where are we?“ Yin asked the Triad as he sat down in a chair opposite to him

Sitting opposite of Yin, the triad man was able to see that most of his hair was starting to fade to white, possibly as a side effect of the toxins. Constant regeneration takes it’s toll. Yin's body has barely gotten any movement in the last two years, and was malnutritioned as well.

„We are in Shanghai and you may refer to me as Mr. Xiaoping. People like you are a rare breed, I am here to give you a higher purpose.“ he began to explain as he lit a cigar

In years to come Yin would be shown around the business, become educated and trained in the arts of assassination. His natural affinity to poison and momentary physical weakness led him to pursue a Dim Mak (touch of death) style of fighting. Trying to distinguish which technique is fake and which is real, Yin Wei was allowed to travel throughout China and become a student to various schools, with his true motivations hidden.

Becoming a doctor has allowed Yin to view patient files, medical histories and other shared knowledge between colleagues in his field, laying many weaknesses of his targets bare. Since Mr. Xiaoping died of age, Yin has been granted a bipartisan share for his anti-venom blood that is used in medical facilities and circulated around world to this day. This allows him to traverse the globe without having to actually work as a doctor in one place for too long.

Hightened Regeneration: Through the exploitation of his natural resistance Yin's body has adapted to the point that it regenerates wounds faster than a human normally would. Instead of a fleshwound healing in a week, it may take a day or two for him.

Weaponmastery: Proficient in most weapons used for fighting, and therefore also how to counter them. (Even though he highly prefers an empty-hand style and will go out of his way to do so)

Meridian and Medicinal Knowledge: Yin has studied Anatomy in a university and was bestowed knowledge of the meridian system and it's weaknesses by his chinese masters. Mix and matching critical weakpoints in both for maximum efficiency.

Venom Fist Style: Yin's blood has an almost antiseptic property to it, allowing him to imbue his hands or feet in various toxins with little to no drawbacks, depending on the occassion. He keeps both his finger and toe nails sharpened so he can easily cause an open wound for the venom to trickle in and take effect.

Assassination Utility: In cases where he needs to conceal his way of killing and without a fight, Yin uses various tools to fulfill the purpose. One of which is a ring with a tiny needle dipped in a neurotoxin called "tetrodotoxin" and covered in wax. Getting stung by it while passing by in a crowded location would feel like a mosquito bite, but once the wax dissolves, nature runs it's course. Tetrodotoxin has no known antidote. One of the few ways to survive is with respiratory support, which Yin is aware of since he himself is a doctor, he is just waiting for a possible new patient to arrive and finish the job. ("I'm sorry, there was nothing we could do.")

Yin's first memorable moments in this world are that of snakes biting him, the excruciating pain it brought and how it ultimately made him stronger. Fading in and out of consciousness while being intoxicated, Yin awakened to an all too familiar place where he met face to face with what he imagined at the time, a snake diety. Some would call it Jormungandr, Orochi, Hydra, Quetzaqotl, or Ouroboros. To him in this moment, it was god. As he blinked and opened his eyes, he was back in the warehouse, shackled shortly before Mr. Xiaoping arrived. With his latent snake powers that were brought with from the realm of the Un-Real, he had various minor powers attributed to those of snakes. One such ability allows him to change his eyes to those of a snake for a greater vertical depth perception, sacrificing his peripheral vision for a straight attack.

Physiology: If it ever counted as a weakness, Yin Wei's physiology is that of a human. Every weakness applicable to normal human beings is also the same as his.

Endurance: Yin's muscles were in a state of atrophy after the Trafficking situation and could only be trained to be useful in moments for bursts of speed. Long lasting fights or tests of raw strength are his weakest assets.

Dilution: Depending on the copious amounts of venoms applied Yin may be in an almost drugged state until his body fights it off or the toxin wears out and he has to fight without it.

Honourbound: Yin sometimes has a weird sense of honour as long as it comes to a one on one situation. He has no qualms killing four out of five in underhanded methods as long as he gets a fair fight with the last one standing. An eye for an eye situation is his true sense of justice.

Backlash: Tapping into his "Un-real" potential causes various drawbacks. Using his "Snake eyes" has a similar drawback to his endurance, in that it can only be used for short bursts and depending on how long he uses it, goes slowly blind for a while. Using his tongue to sense heat like a snake makes him lose his sense of taste and smell. Envenoming his teeth and nails from within himself causes them to fall out after a while until they grow back in a few days.

Feeling random? I know i do...

Got trouble finding a new look for your role play character?

Realm of the Un-Real (CVnU Location)