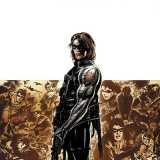 Where I came from we have a special rule for drinking we call the Shoe Rule.

The Rules: If you spill your drink and someone calls you on it you have to drink the rest of your drink from one of the following depending on your progression.

First Spill: Drink From Your Shoe

Third Spill: Strained Through Someones Sock into a Shoe

Fourth Spill:Through Your/Someones Underwear (Not sure on this one will need some clarification).

Anyone surpassing the uppermost tier of rules then gets to make their own rule, which if deemed acceptable by our peers will be put into effect.

For true followers you don't even need to be called on it, if you know you spilled its time to man up and do the right thing. A good situation for this would be at a company gathering, wedding, baptizing etc....

If you don't abide by the shoe rule you shouldn't bother joining this group because obviously you aren't worthy.

Not to be confused with shooting the boot because this is clearly a way more badass Kimberley created drinking belief.